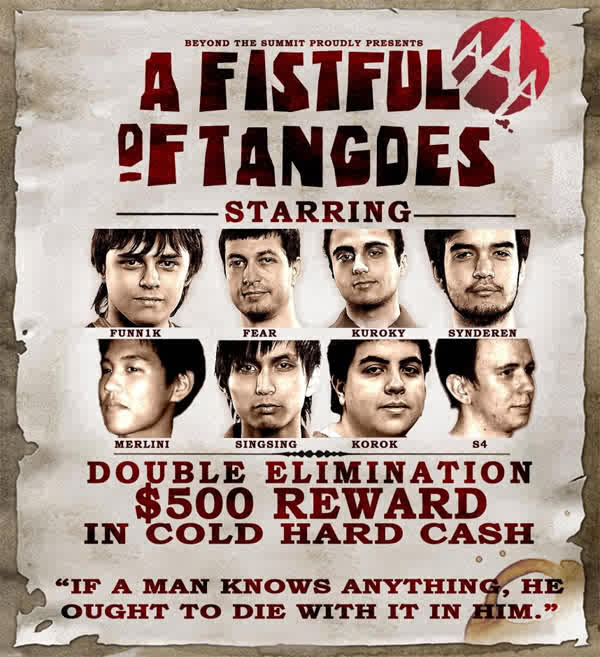 A Fistful of Tangoes is a holiday 1v1 event presented by BeyondTheSummitTV. The tournament will see 8 western pro players fight it out in a double-elimination bracket, hosted and casted by LD and GoDz.

Rules were revised after the Quarterfinals.