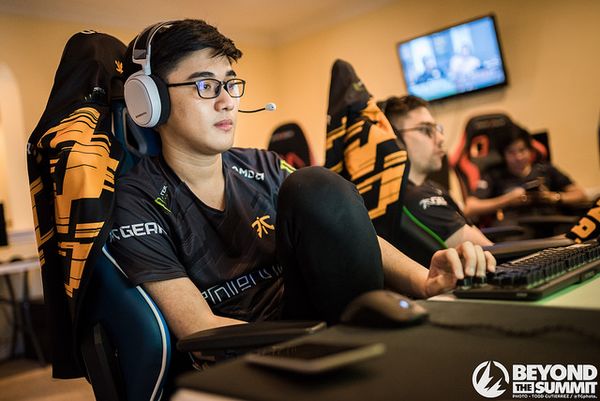 Abed was born and raised in Dasmarinas in the province of Cavite, Philippines. His parents own a small internet cafe close to their home. Abed has one older brother, Ahmed Rheeza.

Abed started playing Dota 2 in 2014 and became known through the South-East Asian MMR leaderboards with his signature heroes Meepo and Invoker.
In early 2015 he joined his first professional team MSI-EvoGT, shortly after rebranded to Trackmate, where he competed in MPGL Season 7 in March 2015 and later played alongside the Australian-based squad, Can't Say Wips.[1] RR scouted him as a potential player and invited him to join Execration in 2015 but Abed denied the request to due to school commitments. Execration contacted Abed in January 2016 and with the support from his father he joined the organisation.[1][2] After failing to qualify for premier events during mid 2016, he later competed at The International 2016 and produced a 18-0 on Meepo against compLexity Gaming during the wildcard stages, exhibiting his mechanical skill reaching 1200 XPM and 900 GPM, sending compLexity to an early exit in the tournament.[3] In the following round, he lost to Escape Gaming and during the Post TI6 shuffle, he won his first premier tournament, beating MVP Phoenix 2-0 in the grand finals of the MPGL Southeast Asian Championship on September 11, 2016. He left the organization on December 30th.[4]
Abed and Team Onyx qualified for The Kiev Major, winning the North America Qualifier by defeating complexity Gaming, with Abed's signature Meepo.[5]
In June 2017 Abed qualified for The International 2017 with Digital Chaos, by winning the North America qualifier finals against Team Freedom with 3-0.