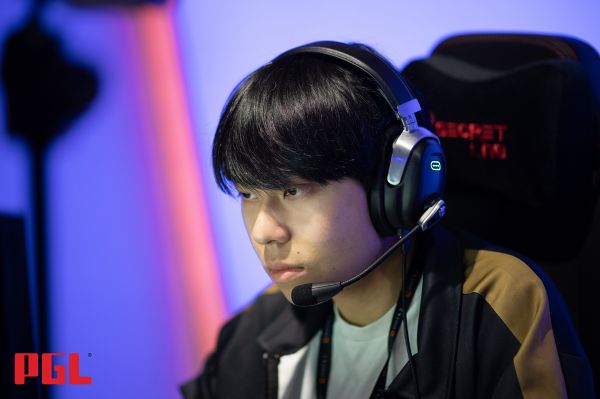 While initially playing Dota in Australia, ana made the decision to move from Melbourne to Shanghai in December 2015 to continue his pursuit in becoming a professional Dota player, where he joined the CDEC in-house league allowing him to compete against highly rated Chinese players. The invitation to play in China saw him drop out of his high school, where his mother was half-supportive at first, however with Anathan's brother convincing her, the family later showed full support and still do to this day.[1][2]

Ana began his professional Dota 2 career by joining Invictus Gaming in March 2016 as a substitute for Ferrari_430.[3] His most notable accomplishment with the team was defeating Newbee in the grand finals of NEA 2016. Following The International 2016, ana left Invictus Gaming to join a newly rebuilt OG.[4] It was later revealed that his departure from Invictus Gaming was due to a rift with their organisation's management with their contract and other factors involving their results.[1][5][6] In November, he won his first ever tournament with OG at Elimination Mode Season 2 and later won his first ever Valve and premier event by beating Ad Finem 3-1 in the grand finals of The Boston Major.

The team's performance continued to stay consistent with additional top 4 performances at Dota Pit League Season 5, StarLadder i-League StarSeries Season 3, and Dota 2 Asia Championships 2017. Ana would then take his second major at Kiev, and the team was invited for The International 2017. OG's had a rough series of tournaments leading up to the International with early eliminations at The Manila Masters and EPICENTER 2017, however, they did finish fourth at Mars Dota 2 League 2017. During the International, the team failed to make it to the upper bracket, and finished 7 - 8th, falling at the hands of LGD. After the International, ana announced that he would be taking a break from the competitive scene.[7][8] Following his break, he later joined Echo International in early 2018, and returned to OG in early June, after the departure of Fly and S4.

The newly re-formed OG roster of ana, N0tail, Topson, 7ckngMad, and Jerax qualified to The International 2018 through the European open qualifiers. Although they were power-ranked at the bottom among the 18 teams participating, OG pushed through the Upper Bracket and won the Grand Finals against LGD Gaming in a 3-2 series. Notably, Ana's dominating performance on Ember Spirit in game 5 immortalized his signature mastery on the hero. Following their achievement, Ana announced he would be taking an extended break from DotA and was moved to OG's inactive roster [9], and was a substitute at AMD Pro Series 2018 in December 2018, playing in his home country.

He returned to the active team in March 2019, after a few months off as OG was struggling yet again to achieve any significant results. With ana back on the roster, OG were finally able to secure a qualifier for a major: the MDL Disneyland Paris Major. A 5-6th-place finish, after being eliminated by Team Liquid, awarded them enough DPC points to make it into the top 12 of the DPC. They were as good as qualified for The International 2019, though not yet mathematically. By qualifying and finishing top 8 at the final major of the season, the EPICENTER Major, their ticket to TI9 was secured.

After easily topping their group at TI9, without dropping a single series, OG easily made it to the upper bracket of the main event. This would be almost a repeat compared to the previous year: OG beat Newbee (who were almost the same roster as the previous year's VGJ.Storm) 2-0, Evil Geniuses 2-1, and in the UB finals they again beat PSG.LGD 2-1. The only difference this year was that nobody underestimated OG and they entered the Grand Finals as heavy favorites, with some experts going so far as to predicting the second 3-0 sweep in TI history. Especially ana's carry Io, Alchemist, and Faceless Void drew a lot of respect from their opponents. In the end, OG beat Team Liquid 3-1, making ana and his teammates the first ever repeat TI winners.

Ana would once again enter the inactive roster of OG after securing TI9, starting his break in January of 2020. He had a brief return to the team during the Spring DPC season in April 2021, replacing MidOne. Unfortunately, after lackluster results and failing to qualify for the season's Major, he would annouce his retirement from the competitive scene on June 14, 2021.[10]

Despite his formal retirement, Ana has been a sub for both Team Liquid and Royal Never Give Up in 2022, during the Riyadh Masters and PGL Arlington Major, respectively with mixed results.