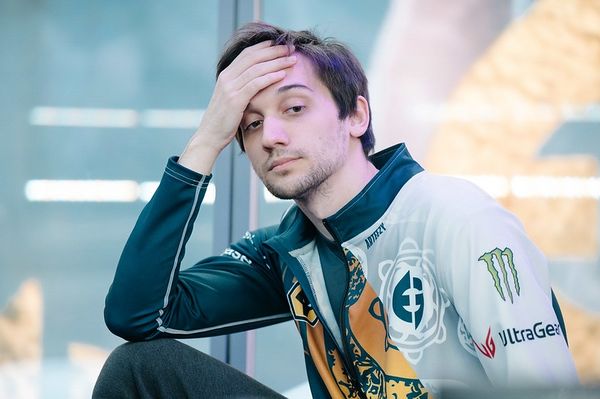 Artour was born in Tashkent, Uzbekistan but resides in Vancouver, British Columbia, Canada.[1] Before playing Dota 2 professionally he played the original DotA as well as Starcraft II. Arteezy played Protoss, and reached Masters before he started playing Dota 2.[2]

Due to his young age and commitment to his studies, Arteezy had postponed any plans to play Dota 2 professionally. In April 2013, Arteezy finally committed to a team and joined Kaipi for the summer, along with ComeWithMe.[3] However, after just four months Arteezy left the team and went inactive in order to once again focus on his studies.[4] In September 2013, Artour joined Take Five, a casual team of ringers, in order to participate in RaidCall EMS ONE Fall Americas, which the team would go on to win. Shortly after, Take Five disbanded and Arteezy would again be inactive. On November 22, 2013 Arteezy had the opportunity to stand in for bOne7 and play for his previous team Speed Gaming (formerly Kaipi) at MLG Columbus. Arteezy handily defeated several elite mid-laners, including Mushi and Dendi, en route to an underdog victory for Speed Gaming over Team DK in the finals. This victory at the first LAN event Artour ever attended garnered a great deal of attention, including 7ckngMad's infamous comments on Artour's skill.[5]

On January 31st, 2014, Arteezy, along with legendary North American Dota players UNiVeRsE and Fear, as well as former HoN players ppd and zai created S A D B O Y S, which had immediate success. The team won sixteen out of their first eighteen matches, including winning the Electronic Sports Prime/Shock Therapy Cup while going undefeated. On February 21st, 2014, Arteezy and company were announced to be the new Evil Geniuses Dota 2 squad.[6] This would mark the first time that Arteezy would fully commit to a team for the long term. On March 7th 2014 the new EG made their LAN debut at the Monster Energy Invitational, where they won 3-2 against Cloud9 in the finals. With this victory the team quickly began to establish their reputation as one of the best teams in the world, due in no small part to Artour's dominant play in the middle lane on heroes such as Dragon Knight, Naga Siren, and Razor. On April 29th Arteezy and his EG teammates were directly invited to compete in The International 2014. With top 3 finishes at three of the four major LANs prior to TI4, including a first place finish at The Summit 1 over team DK, EG was one of the favorites to win the biggest tournament of the year. At TI4 Evil Geniuses had a strong performance in the group stage placing second with an 11-4 record. In the main event EG would beat Team DK but fall to Newbee in the upper bracket. In the lower bracket finals EG would face off against Vici Gaming. The final game of the series was a decisive loss for EG, causing many people to question Arteezy's decision to pick up a late Hand of Midas.[7] Artour and EG ended up going home with a 3rd place finish and $1,038,416 USD.

On January 6th, 2015, it was announced that Arteezy had joined Team Secret and he would now be playing the hard carry role.[8][9] With the addition of Artour, as well as zai, Team Secret was now seen as an all-star caliber team and was lauded as the best team in the world. The Dota 2 Asia Championships was Team Secret's tournament debut, and they quickly stormed through the group stage finishing with a 15-0 record behind solid play from Artour on his signature heroes Shadow Fiend and Lycan. Secret could not ride this momentum through the upper bracket though, as they were defeated 2-1 by Vici Gaming in the upper bracket semi-finals. Secret would then face Big God in the lower bracket semi-finals and prevail with a score of 2-1. In the lower bracket finals Artour would be defeated by his former team Evil Geniuses by a score of 2-0. Team Secret would rebound from their 3rd place finish at DAC by winning four straight tournaments: Redbull Battle Grounds: Dota 2, The Summit 3, MarsTV Dota 2 League 2015 Spring, and ESL One Frankfurt 2015. Artour would get his revenge over EG as Team Secret defeated them 3-1 in the finals of both The Summit 3 and ESL One Frankfurt 2015. With these remarkable results Team Secret was considered the best team heading into The International 2015. Following a disappointing performance at The International 2015, Arteezy left Team Secret to rejoin Evil Geniuses as the hard carry player.[10] Arteezy's second spell on Evil Geniuses was marked by consistent results with EG finishing in the top 3 of 5 consecutive LAN events. Despite this consistency they were unable to achieve many tournament wins with their only success coming at The Summit 4. This win also meant that Arteezy became the first 3 time Summit champion as he had won the first and third iterations of the tournament with EG and Team Secret respectively. Following the Dotapit Season 4 event, where EG lost 3-0 in the grand finals, it was announced that Arteezy had once again left EG to join Team Secret bringing UNiVeRsE with him. Arteezy returned to playing the mid role for Secret which he had not played regularly since his first stint in EG.

After poor results in The International 2016, he later departed Team Secret. On September 15th, 2016, Arteezy returned to Evil Geniuses, once again playing the carry role.[11]

Purchases made using the retail links on this page may earn Liquipedia a small commission.
Retrieved from "https://liquipedia.net/dota2/index.php?title=Arteezy&oldid=1340733"
Categories:
Hidden categories: