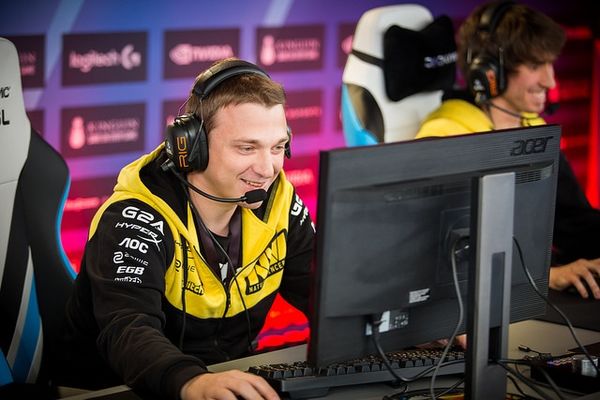 Ivan "Artstyle" Antonov is a Ukrainian DotA and Dota 2 player who is best known for his time with Natus Vincere. He is currently coaching Natus Vincere.

Ivan was born in Kharkov, Ukraine on 20 April 1989. He has always been fond of computer games, particularly Counter-Strike. Dota was the start of Ivan's esports career. Ivan has played for teams such as DTS, Natus Vincere, and Darer.

Artstyle began his Dota 2 career on Natus Vincere. In the summer of 2011 they competed in The International 2011. NaVi went undefeated until the grand finals and defeated EHOME 3-1 winning the $1,000,000 prize for first place. Artstyle left the team in the following weeks,[when?] and joined Darer.[1]

Darer attended The International 2012 where they placed equal last in the group stage. A few days later, on September 12, 2012, Darer changed its entire roster, because of logistical and language issues, which left Artstyle without a team.[2]

By September 19, 2012, Artstyle created an all Ukrainian squad Team Kharkiv to compete in Star Ladder Star Series Season 3 and ESWC Ukraine.[3] After a brief period playing without a sponsor, Artstyle and his teammates joined Eclypsia on October 4th.[4]

In November 2012, Eclypsia dissolved and there were rumours of Artstyle retiring from professional Dota.[5]

On April 5th, 2015, Artstyle rejoined Na'Vi along with Funn1k, who had left the squad just a few months prior.[6]