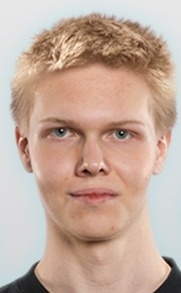 Scott "B" Jensen is a professional Dota 2 player who was last played for Truffle Salt.

B began with HoN before switching to Dota 2. He claims he "never got into Dota due to the harsh community".[1] He started by playing in the North American Dota League (NADL) where he met the captain of Absolute Legends, Snoopy. After r1sk left aL due to personal reasons, he was asked to join aL by Snoopy.

aL was B's first competitive Dota 2 team. After the team was dropped from Absolute Legends, they became Natural 9. B decided to leave the squad due to personal reasons.[2]

During his debut in NADCL Season 1, B casted 1 game of the series Bermudan Frogs vs Wheel Whreck While Whistling