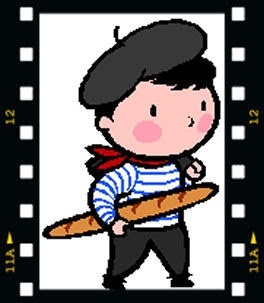 Baguette is a French team that emerged in 2011. Baguette participated in various international tournaments and qualifiers such as 4PL Cups, JeeSports Dota, Eizo Cup, GosuLeague, The Defense Season 3. Moreover, Baguette played in several leagues and tournaments such as SLE, Dotapedia, Millenium Cup and D2B League.

Baguette really started playing in late 2011 and in 2012, they won their first JeeSports Dota 2 tournaments against teams such as Team Empire and HelloMoto. They also competed in the GosuLeague division 2a along with Na'Vi, zNation and Infused.

Regarding French tourneys, Baguette won two SLE cup and the First Dotapedia league. They were beaten 2-1 by 3DMAX in the finals of the Millenium Cup. They recently won the D2B League, the major league in France.

October 22nd, Fragbite Masters begins with Hugo playing for Zero Respect and the rest of the squad playing as Sigma.fr.[1]