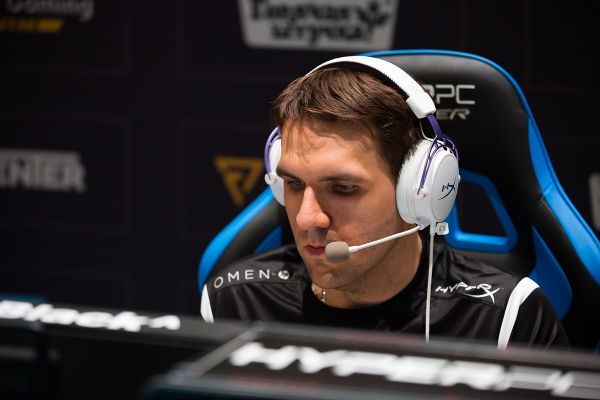 Dominik "Black^" Reitmeier is a German professional Dota 2 player who last played for LGD International. He is an occasional analyst during the DPC season whenever he is not playing with a team.

Black's first high-profile team was "EnRo-Griffins" which he joined in autumn 2009, teaming up with players like SyndereN, UnPapayaCoconut and Lacoste.[1] His stay there was not long, as he instead joined the German veteran team "diamondz" a few weeks later.[2]

Black joined mousesports on May 5th, 2012, competing with the team in The International 2012. The team's performance in The International 2012 was disappointing however, only managing to win two games in the groupstage before going out round one of the losers bracket to EHOME. Black's mousesports roster was dropped on October 16th, 2012. He then played with the same squad under the name Team Zero.[3] Mousesports signed their former team (including Black) on November 21st, 2012.[4]

On September 14th, Black^ joined LGD.int after expressing interest in joining the Chinese scene. Unfortunately for Black, the team was disbanded after MiSeRy and Pajkatt left in December 2013.

Black joined CIS Game on March 19th, 2014 to compete in the WPC 2014 qualifiers. Yet again, Black's team, this time CIS Game, failed to perform well at the International 2014 - getting knocked out by Team Liquid in the Playoffs Phase One.

On July 28th 2014, Black announced his departure from CIS Game, which was later disbanded due the acquisition by Vici Gaming, only to join Vici Gaming on August 26th, 2014. After departing from Vici Gaming, Black joined Team Tinker on March 10, 2015.[5]

After leaving Fnatic in December 2015, Black struggled to find a team, switching teams an average of almost once per month from January to June 2016. On the 3rd September 2016, he joined Team Faceless as a carry.[6]

On the 25th May 2016, Black was invited as an English Analyst for the Manila Major 2016. After positive reception, he was then invited into The International 2016 with the same role.