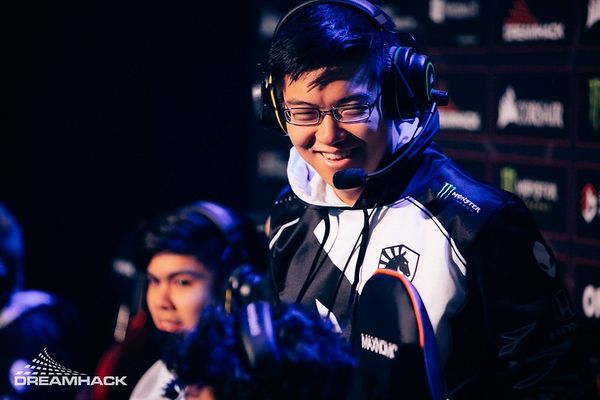 August 28th, 2013 it was revealed that Blitz had decided to postpone returning to school to head to Korea to join the up-and-coming Korean Dota 2 scene.[1] In November 2013 Blitz joined For Our Utopia (Previously known as FXO) to participate in NSL Season 2.[2] After For Our Utopia was knocked out of Nexon Sponsorship League Season 2 by MVP Phoenix, Blitz left the team and it was disbanded.

As a Caster and Coach[edit]

Blitz made the move to becoming a full-time caster with joinDOTA on January 28th, 2015 following the disbandment of Team Zephyr.[4] He was subsequently invited to cast The International 2015.[5]. About a month before Shanghai Major, he chose to coach Team Liquid, and after the event took a break from casting to work as a coach.[6] After working as a coach for several months, Blitz announced that he had left Team Liquid to cast The International 2016.[7]

After The International concluded, Blitz announced in a blog post that he intended to take a break from casting to pursue a full-time coaching or management role.[6] On August 25, he was announced to be the new coach for Digital Chaos.[8] Two months later, he joined MoonduckTV as a part-time caster.[9]

In April 2017, Blitz joined Digital Chaos's squad in leaving the organization to help form Thunderbirds. Following The International 2017, Blitz returned to broadcasting, working at premier events such as ESL One Hamburg 2017 and DAC 2018 as both a caster and an analyst.