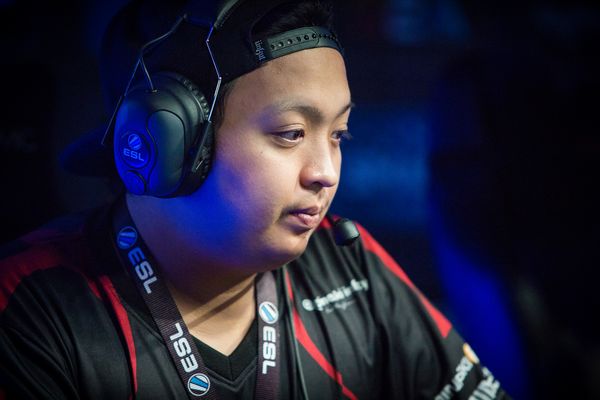 Bok originally started out on Arcanys Gaming, a team based in the Visayas region of The Philippines. The team itself had an instability in performances during the time Bok was on the team, and it was rumored the team would disband. However, after the team made a few changes they managed to find consistency in performances and winning the most coveted title in the Philippines Dota 2 scene, MPGL Season VI. After having been on Arcanys for around 10 months, Bok along with teammate Boombacs joined Execration after the management of the team recruited them and invited them to live and train with the team in the gaming house of Execration. After only one month of being on Execration however, Bok and Boombacs went inactive.

After around five months of inactivity, Bok was announced as part of the new MSI-EvoGT roster along with longtime friend Boombacs as replacements for Chrissy and RyOyr who had departed for other teams. Only a month later, the team disbanded. After this, Bok attempted to find a new team to participate in the new major events. Eventually, he joined a more familiar team in the Southeast Asian scene, the newly re-banded Can't Say Wips - this time as a support player.

Mineski, who are known as perhaps the most famous Dota 2 team in The Philippines, had decided that they needed to make roster changes after failing to qualify for the Shanghai Major. On March 27th, 2016, Bok was announced as the new offlaner for Mineski.