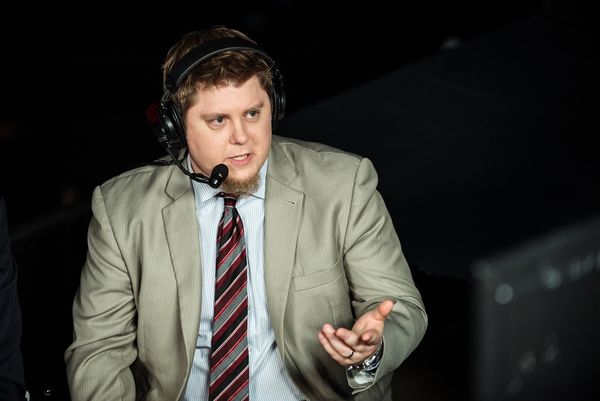 Nick "BreakyCPK" Caras is currently an Esports commentator with his main focus currently on Dota 2.

BreakyCPK was an avid gamer in his youth and also had a competitive edge which had him competing in the early days of esports with CS 1.6 as well as some local Halo LAN events. Over time, he realized he may not be able to make it as a professional player, however he wanted to still be involved in esports in one way or another. Pursuing Radio Broadcasting and Sportscasting in college, including broadcasting traditional sports such as football and basketball, he wanted to find more way to get practice and eventually decided to give casting Heroes of Newerth a shot.

Things seemed to pick up quickly and within a couple of months he was contacted about creating a casting company that would later be known as Honcast. After a year with Honcast on its own, S2 Games purchased the Honcast name as well as BreakyCPK and his services to work full-time at the company as an esports caster for their main game Heroes of Newerth.

He also occasionally casted some other games as well, such as Starcraft II and World of Warcraft, but HoN was always his main focus.

BreakyCPK would gain popularity and plenty of recognition within the early esports world as HoN proved to have success within its first couple of years. With the creation of HoN Tour, it provided a platform for weekly matches with a bigger prize pool at the time, which was not nearly as popular as it is today. BreakyCPK would also have an announcer pack created after him due to his popularity and had several catch phrases he became known for, his most popular being "But at what cost?"

BreakyCPK would work with S2 Games / Frostburn studio full-time for ~4 years, and eventually became Video Production Manager as well as his official casting duties. Over time, the popularity and success of Heroes of Newerth would start to die off, especially the competitive scene which would cause him to make a big decision and officially leave HoN full-time to pursue more of his esports casting career.

On the 9th September 2016, Nick made the decision to become a full-time streamer/esports caster, leaving his previous occupation to pursue his passions, with Dota 2 as one of his prioritised games. His announcement also confirmed that he would work with Heroes of Newerth and Frostburn Studios on a contractual basis, instead of full-time.[1]