For centuries, Black Arachnia the Broodmother lurked in the dark lava tubes beneath the smoldering caldera of Mount Pyrotheos, raising millions of spiderlings in safety before sending them to find prey in the wide world above. In a later age, the Vizier of Greed, Ptholopthales, erected his lodestone ziggurat on the slopes of the dead volcano, knowing that any looters who sought his magnetic wealth must survive the spider-haunted passages.

After millennia of maternal peace, Black Arachnia found herself beset by a steady trickle of furfeet and cutpurses, bold knights and noble youths—all of them delicious, certainly, and yet tending to create a less than nurturing environment for her innocent offspring. Tiring of the intrusions, she paid a visit to Ptholopthales; and when he proved unwilling to discuss a compromise, she wrapped the Vizier in silk and set him aside to be the centerpiece of a special birthday feast.

Unfortunately, the absence of the Magnetic Ziggurat's master merely emboldened a new generation of intruders. When one of her newborns was trodden underfoot by a clumsy adventurer, she reached the end of her silken rope. Broodmother headed for the surface, declaring her intent to rid the world of each and every possible invader, down to the last Hero if necessary, until she could ensure her nursery might once more be a safe and wholesome environment for her precious spiderspawn.

Hiding invisibly within her webs, Broodmother births an army of spiders to lead her team's forces toward the enemy base. As prey wanders near, she joins her children and attacks, slowing foes with incapacitating bites as she indulges her insatiable hunger.

QW
Targeting
No Target
Affects
Self
A violent lust for vital fluids increases Broodmother's attack damage and gives her a vampiric attack.
40/35/30/25
50/60/70/80
While most of her prey is wrapped in silken cocoons and saved for her young, the Broodmother herself has a taste for wandering heroes.
Notes

WB
Targeting
Point Target
Affects
Self
Spins a large web that grants Broodmother a passive movement speed increase, and boosts regeneration while in its vicinity, as well as giving free movement. Spin Web can be cast from anywhere as long as the new web touches an existing web. Webs never expire, and can be manually destroyed. When the maximum limit of webs is exceeded, the oldest web disappears. The movement bonus is proportional to the unit's HP
40
Weaving a bed of silken fibers, Arachnia's web both protects her and her offspring, as well as giving advancing opponents a sense of foreboding.
Notes

RT
Targeting
Unit Target
Affects
Enemy Units
Damage Type
Magical
Broodmother injects her young into an enemy unit, dealing damage. The Spiderlings will hatch if the target is killed while under this influence.
9/8/7
120
Black Arachnia continues to raise her young, even amidst the field of combat. The brood quickly learns how to support their mother.
Notes

Targeting
Point Target
Affects
Enemy Units
Damage Type
Magical
Broodmother creates an invisible web line. Enemy Heroes that cross the web line will make it visible and become rooted, visible in fog and receive damage, after which the line is destroyed. Broodmother's team is notified in the minimap whenever someone trips in a Web line. Multiple Heroes can trip on the same line until it's destroyed.
100
The slightest tremor of her web is all Arachnia needs to find her prey.
Notes

Targeting
Passive
Affects
Enemy Units
Damage Type
Magical
Poisons enemies on attack. Multiple instances of this ability do not stack and will only refresh the duration.
Notes 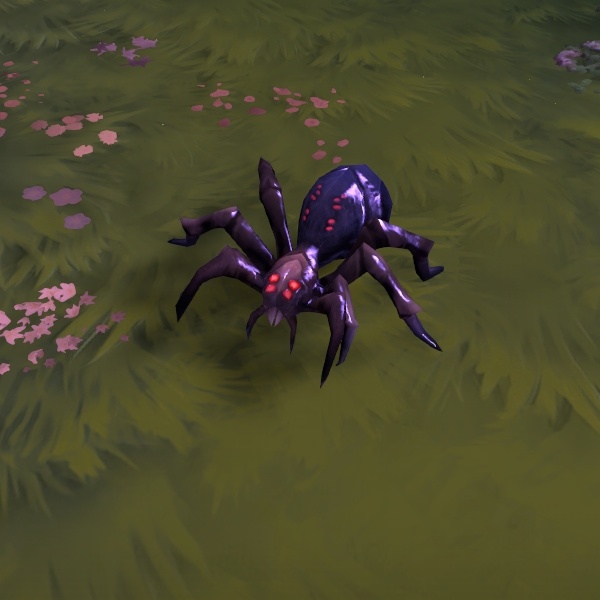 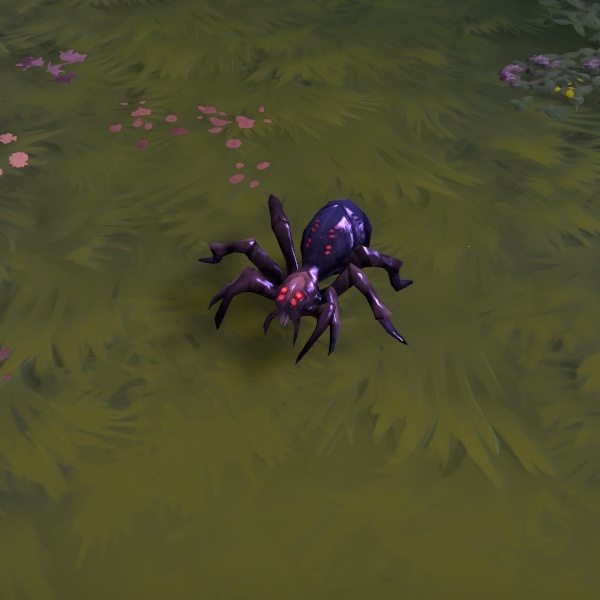