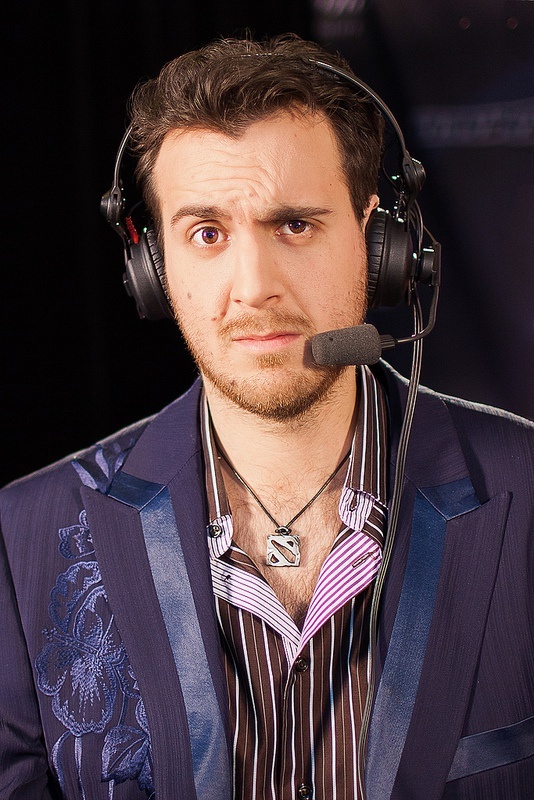 Bruno "Bruno" Carlucci is a well-known Dota 2 commentator and former statistician for The GD Studio and Dota Academy, now a programmer for Valve.

Bruno has been playing Dota since version 6.20 which came out late 2005.[1] His interest for statistics in the competitive Dota scene was sparkled at The International 2011, which he attended the whole four days.[1] He is an engineer and ran a software consultancy business but decided to sell it and take some time off.[2] He met "shostakovich" with whom he started talking about creating what would later become Dota Academy, a project devoted "to give to the entire competitive scene a robust statistical system".[1]

His career as a caster began ahead of The International 2012, when some people from "DotaCommentaries" invited him to join them to the event. Bruno got a chance to add his information and statistics to the broadcasts from the event. After a chat with 2GD, he became part of the analyst panel. 2GD also offered him a job at "The GD Studio", but Bruno had some real life commitments to deal with first. He later on accepted and moved to Stockholm in January 2013.[3]

In May 2015, he revealed that he had accepted a full-time position as a software engineer at Valve.[4]