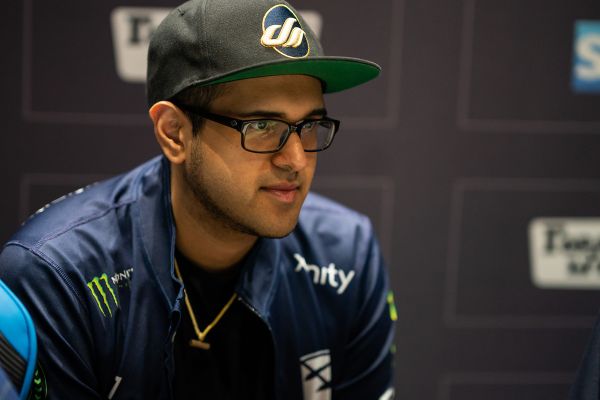 BuLba began his DotA career in 2007,[2] shortly before college, playing under the nickname "BuLba-SaUr". Entering the North American scene at an active time, he soon found himself playing competitively in the many inhouse leagues that existed. As the scene around him began to wane, he dialed back his participation and bided his time, waiting for Dota 2's release. Despite curtailing his DotA activities, he won MYM Prime Nations 3 during this time as part of an underdog Team USA that took down a star-studded Ukrainian lineup largely composed of members one might recognize from the then present-day Natus Vincere.[2] In September 2011, Bulba, together with PowerNet created an all-American team called EZ Style, to compete in a tournament called ROCCAT GosuCup #4.[3] Together, the team transitioned into Dota 2 a few months later.

Starting his Dota 2 journey on EZ Style, his original crew was picked up by It's Gosu, and there he played for a time with Korok.[4] The old EZ Style squad parted ways with April in February 2012,[5] and the following month Bulba moved to Evil Geniuses with whom he attended The International 2012.[6] He left EG in September 2012, and joined Team Liquid when they started a Dota 2 division in December 2012.[2] One of the most flexible players around, on Liquid he will continue to bring his signature Tinker and Invoker to the mid lane as well as diversify into carry and offlane roles.[2]

After his spell in EG in 2012, he moved to Team Liquid and achieved early successes at Beyond the Summit: Weekend Cup, RaidCall Dota 2 League Season 2 and Curse Dota 2 Invitational picking up first place respectively. His first LAN event with Team Liquid saw them in China after making through the qualifiers and finishing 5-6th place at G-1 Champions League Season 5. After a few months of playing in new tournaments, Team Liquid began to bootcamp for Valve's The International 2013. After finishing 5th place with seven wins and seven losses in the second group of the groupstage, Bulba and his team ended up in the lower bracket and had to face the Chinese team LGD to make it to the third round of the lower bracket. Bulba played clockwerk in the offlane and with his tactical awareness saw him stop numerous teleports using his hookshot against Xiao8 and Sylar with the addition of gathering a number of enemy heroes in crucial ganks and team fights using his cogs ability to win the match. Within the final moments of the match, the player camera was directed at Team Liquid and Bulba slamming his headphones and stormed out of the booth raising his hands to the crowd after a thrilling win and upsetting LGD to a shock exit. This game was also noted for the common saying of "Liquid are doing it" from LD's commentary at the climax of the match that is used to this day.[7]

On June 9, 2016 - only days after Team Secret and Evil Geniuses had finished last at The Manila Major 2016 - Secret announced that UNiVeRsE had left to join EG. In return, BuLba joined Team Secret.[8] Following The International 2016, he joined Team Liquid as a support, a role that he has not played for more than 18 months. He described Team Liquid was his home away from home.[9]