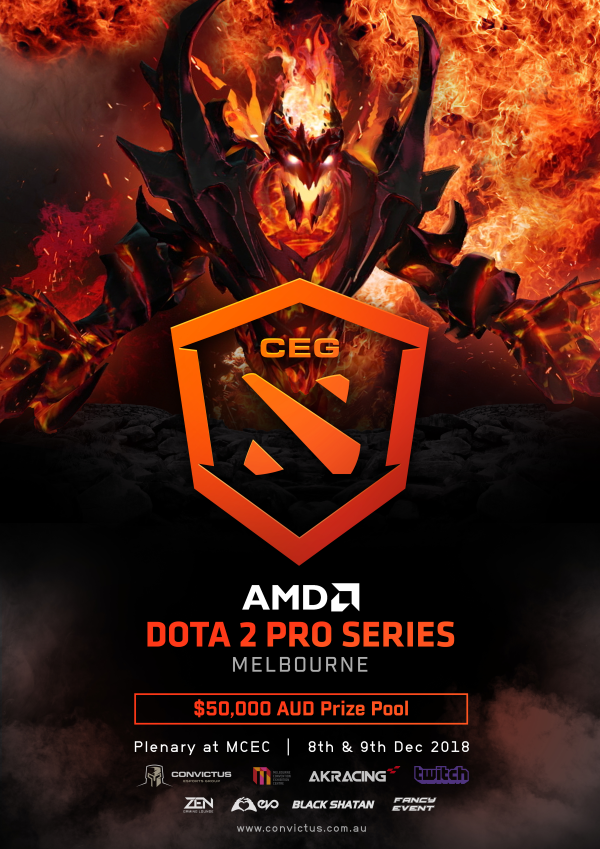 The AMD Dota 2 Pro Series 2018 for sponsorship reasons, also known as Convictus Esports Group Pro Series 2018 is a collaboration between AMD, ZEN Gaming Lounge, Evolution Events and Blackshatan supported by AKRacing and Twitch Australia. The CEG Dota 2 Pro Series is set to be Australia’s first large scale Dota 2 tournament with a $50,000 AUD prize pool. The event will feature eight teams from Australia, China, South-East Asia, including two international invitationals at Melbourne Exhibition Centre on 8–9 December 2018.[1] Tickets for the event would be available in June.[2]

On the 29th August, 2018, BeyondTheSummit was announced as their streaming partner.[3]

QO played in the tournament in place of

JerAx on December 8th only.