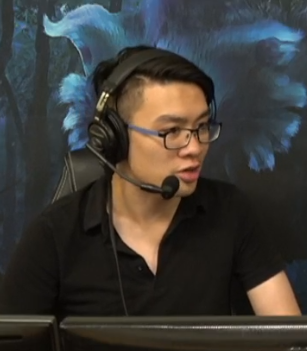 Elliot "Cognus" Yung is currently an Australian Dota 2 caster of Australian Esports Federation. He is also the General Manager of the organisation.

Cognus joined Australian Esports Federation in late 2016 where it created its first qualifier into its inaugural division. He was the co-caster alongside Praetorian for a number of seasons before his departure following AEF Season 5 Division 1 Finals in late 2018. He later re-entered the organisation during its new iteration of the Dota 2 league - AEF Dota 2 Premier League alongside Blue.