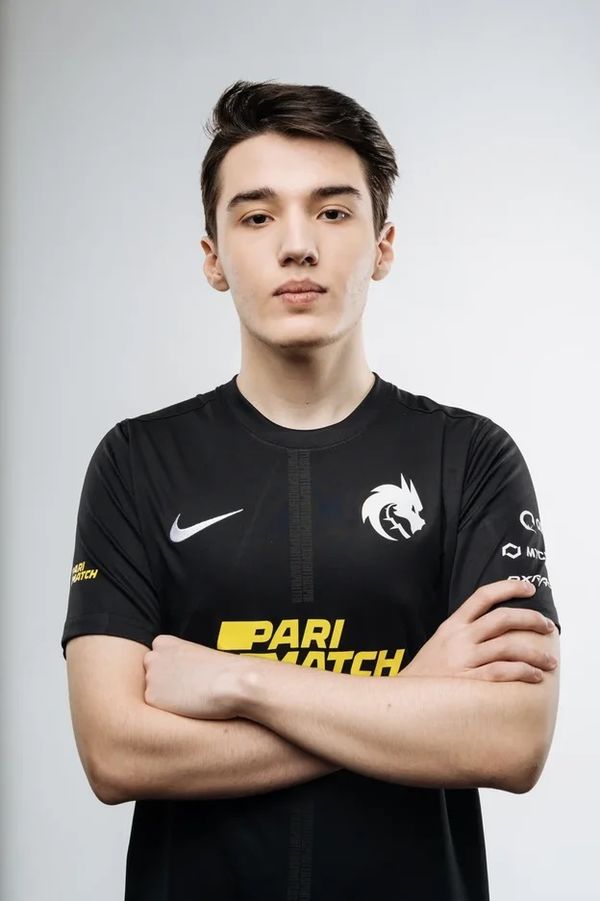 Magomed "Collapse" Khalilov is a Russian professional Dota 2 player who is currently playing for Team Spirit.

Collapse is from Russia, Mahachkala, which is on the south side of the country. He has began playing Dota 2 at a fairly young age of just 13 years old as he heard about the game from some of his friends, but tried to go for a more professional approach only in 2017.

Magomed was spending a lot of his free time in Dota 2, and because of it he had some troubles with his parents while he was still studying in school so he was playing from PC cafes. When Magomed started playing, his first heroes were Axe, Earthshaker, and Magnus. As time went on, he started to play more and more on the offlane position, which he plays to this day. On 24th August 2017 Collapse managed to reach 6000 MMR and then decided to form an amateur team with his friends, which led him to compete in smaller commercial tournaments and the Russian Esports Cup.

For about 2 years Collapse did not play in any kind of professional environment up until the point when he got invited into Cascade where he spent 8 months of his life. It was here when his parents started to be more open-minded to their child's hobby as it was the first time he had been paid a salary for his gaming skills.

In Cascade Magomed started to make a name for himself while playing in different smaller tournaments and also qualifiers for ESL One Los Angeles 2020 & ESL One Birmingham 2020. Even though the team didn't manage to qualify for any of those events, it was easy to spot Collapse's high skill level, which is what Korb3n saw, a coach of Yellow Submarine. He invited Collapse to play in his team alongside Alexander "TORONTOTOKYO" Khertek, Illya "Yatoro" Mulyarchuk & Yaroslav "Miposhka" Naidenov. According to the manager of the team, if Collapse had not been signed he may have quit professional Dota 2 as he had applied to a medical college.

At the end of year 2020 Team Spirit signed the roster of Yellow Submarine where Collapse showed off his true potential as one of the best offlaners while playing his signature heroes (Mars, Magnus, Timbersaw, etc.). Team Spirit made one roster change which helped them to qualify to WePlay AniMajor where they managed to get to the top 8 of the tournament. And while it wasn't enough DPC points to qualify to The International 2021, Team Spirit played regional qualifiers and won against Team Empire in the finals with a score of 3:2.

Purchases made using the retail links on this page may earn Liquipedia a small commission.
Retrieved from "https://liquipedia.net/dota2/index.php?title=Collapse_(Russian_player)&oldid=1282469"
Categories:
Hidden categories: