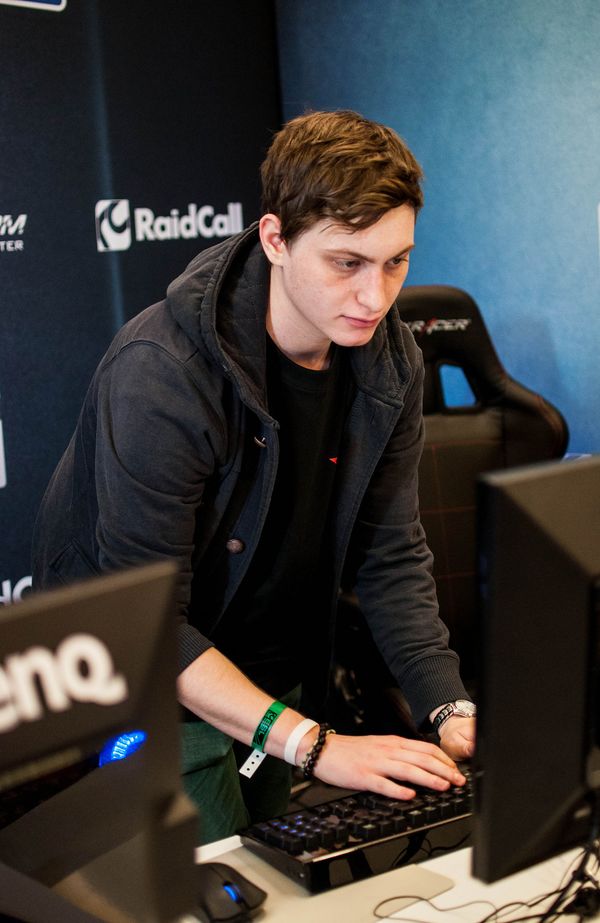 Alexandru "ComeWithMe" Craciunescu is a professional Dota 2 player, who last played for Wind and Rain.

ComeWithMe's first professional Dota team was "neXt!Please" which he played for in 2008.[1] During the following years he played for a number of Romanian teams, including "diXi" and "Wait 4 Team", who were picked up by "AirWalk" in March 2009.[2] He went back to "neXtPlease!" in early 2010.[3] During 2010 he made himself a big name in the Romanian scene and by the end of the year he was appointed captain of the quite famous team "The Elder Gods" (TeG).[4] There he got his first bigger impact on the European scene, most notably winning Farm4Fame #6.[1]

ComeWithMe played at The International 2011 with OK.Nirvana.Int, joining shortly before the event. Nirvana.int would finish 7th/8th in the event, disbanding to form into Ez Style (later It's Gosu) and ADDS (later Evil Geniuses).

ComeWithMe would return to Dota 2 a few months later, rejoining "The Elder Gods" a long time Romanian DotA squad which he had previously captained. Competing in some of Dota 2's earliest tournaments, ComeWithMe and his team eventually left their sponsor after a disagreement regarding contract terms, instead taking the name Poor Happy Guys.[5] ComeWithMe and his team would join Team Dignitas shortly before the end of 2012.[6] While initially posting impressive results, the team's performance dwindled, eventually disbanding and leaving the organization.[7]

ComeWithMe next made an appearance in the short-lived Darer roster [8] Joining on May 10, the team only lasted one week, with the new players soon being replaced by Ukrainians from DTS.[9]

ComeWithMe was again only briefly team-less before joining up with mousesports on May 24. He would compete with mousesports in The International 2012 West Qualifier. The team failed to qualify, falling to mTw in the Loser Bracket Finals. Mousesports was later invited as a back-up team for the event on July 4.[10] The late invitation left mousesports with limited time to obtain Visas for travel to the United States. This proved problematic for ComeWithMe, being denied his visa and eventually replaced by KuroKy for the tournament.[11]

On September 16, 2012, he officially left mousesports along with 1437.[12] He was later announced as playing for temporary "Team Y" roster in Star Ladder Star Series Season 3 which was later picked up by Absolute Legends.[13] On December 11 he, along with SexyBamboe, mutually decided to leave Absolute Legends over disputes over who played what role.[14]

As of 29th of April 2013, it was announced that he along with Arteezy had found a new home at Kaipi, where he will play support.[18]