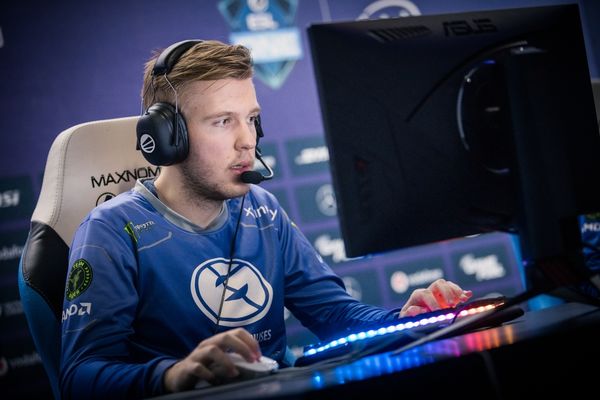 Cr1t- was introduced to Warcraft III by his cousin, initially playing custom games and DotA on a casual basis. After playing a number of public matches, he wanted to further invest into Dota by creating teams and playing scrims on the Dotalicious server. Upon later meeting Ace he began his competitive debut under We haz Asian in June 2012 when Unicornxoxo asked Cr1t- to join the team as a mid player.[1] Later that year the team with a mixture of Danish and German players won the preliminary tournament for the fourth season of Star Series and Cr1t- was later recruited by H2k Gaming[2]. However the team later disbanded after a short period and the next two years saw Cr1t- unable to find stability and success after a series of constant rotations among Danish teams such as Team Life and Meet Your Makers. However, studying in high school and playing competitively, Cr1t- found it difficult to excel in both and later decided to leave Lianghao in late 2014 to finish off his schooling. Despite not having much success with the teams he joined prior to 2015, he wanted to make a statement that he is still a good player by playing in-house league such as FPL and IXDL, mostly on the American servers.

He continued to play in-house leagues as well as solo matches making whenever he had spare time. With the conclusion of The International 2015, the shuffle period commenced and rumors spreading that he would join Alliance proved false when Cr1t- later joined Monkey Business on the August 26, 2015.[3] In an interview, Cr1t- cited that there was more potential to grow under N0tail's group and there would have been pressure under the Swedish team, Alliance, dealing with a swede comprised team. After discussions with n0tail and S4 on Cr1t's teamless position saw Alliance focus on a Swedish player, hence OG invited Cr1t-.[4][5] The newly formed squad showed signs of promise by reaching third place at MLG 2015 World Finals and qualifying for The Frankfurt Major after reaching first place in the European Qualifiers. The squad later formed as OG.[6] Despite falling to the lowers bracket, the duo support of Fly and Cr1t- emerged and their meteoric rise from the lowers bracket saw them beat Team Secret in the grand finals. It was also Cr1t's first trophy in a premier event and for his team.

Early 2016 showed a slump in performance with early exits in The Shanghai Major 2016 and Dota Pit League Season 4 respectively. At the Manila Major, he displayed a world-class talent on Earth Spirit, Elder Titan and Lion and was named MVP of the tournament[7] defeating their rivals, Team Liquid 3-1 in the grand finals. In the 2016 International, he placed 9-12th in the tournament losing to shock opponents, TNC Gaming and later departed OG.[8] He later joined Evil Geniuses on the 15th September, taking the position of the departing captain PPD.[9] In October, he won his first tournament with the team at MDL Autumn 2016 and led his team to the semi-finals of the Boston Major, before being defeated by eventual winners, OG.[10][11] He finished the 2016 calendar winning China Top 2016 and awarded the best-duo support (with ex-player, Fly at OG) of the year by GosuGamers.[12]

"Honestly, Andreas is a much more suitable captain than I thought when he first joined, and I only expect this team, full of fresh talent and arguably the best at every position, to succeed beyond every expectation with Andreas leading them."
(Retired player and then coach of Evil Geniuses, Clinton "Fear"" Loomis on Cr1t-'s captaincy in October 2016 [13])

Cr1t- started his first tournament of 2017 on a high note, beating OG 3-2 at the Dota Pit League Season 5, despite intermittent and long delays. Following the victory, him and his team had intentions of taking a break for a month before their bootcamp in March focusing on more prestigious tournaments such as DAC 2017 and the Kiev Major.[14] Following the team's victory at The Manila Masters, and a short run at The International 2017, Cr1t- moved back to position 5.[15]

Purchases made using the retail links on this page may earn Liquipedia a small commission.
Retrieved from "https://liquipedia.net/dota2/index.php?title=Cr1t-&oldid=1301707"
Categories:
Hidden categories: