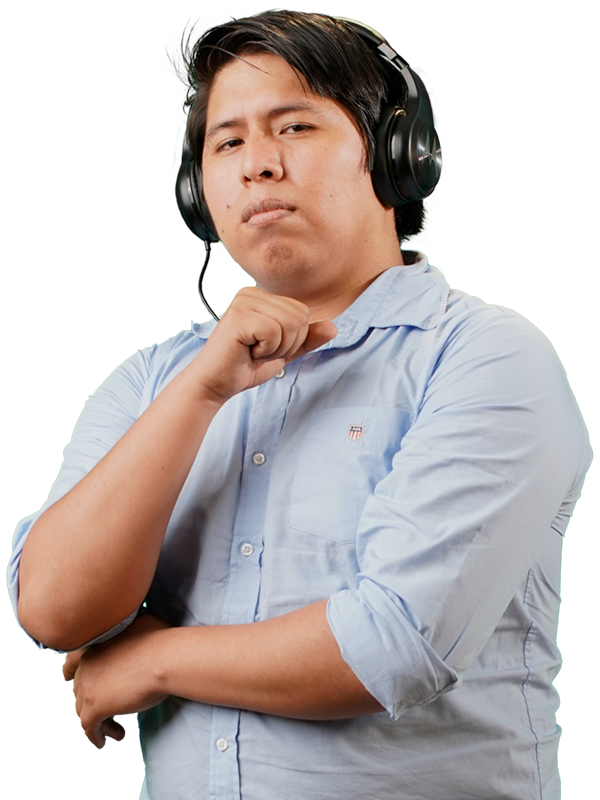 Frank Cutipa started gaming at a young age with Starcraft which would lately take him to Warcraft III and finally Dota.[1]

He enjoy playing dota 2 which led him to become a caster starting by himself with small local tournaments until he got a great opportunity joining gamerstudio.[2]

His style is well known, since he is a fan of sports and pro-wrestling, specifically the WWF, and its historical and awesome spanish commentators Hugo Savinovich and Carlos Cabrera. During his casting he always bring his energetic style and he pays homage to both comentators including some of their catchphrases such as "aprieta, aprieta"; "Por poquiiiito!"; "Quieres lucha, toma lucha"; "Ataca matraca" and many more.

Besides that, during his vigorous calls he also includes wrestling maneuvers replacing the skills of some heroes, which has some resemblance in spanish such as Flaming Lasso which he calls clothesline or in spanish "Lazo al cuello"; Culling Blade which he calls chop or leg drop both being equivalent to spanish word "Machetazo"and many more maneuvers like "Sweet Chain Music" or "Spear".

Nowadays, he is working with Live Media being one of its main figures due to his own style and also his incredible tandem with the equally energic Giulio being one of their most popular pairings, since they complement each other during their calls or the references they use during their casts.