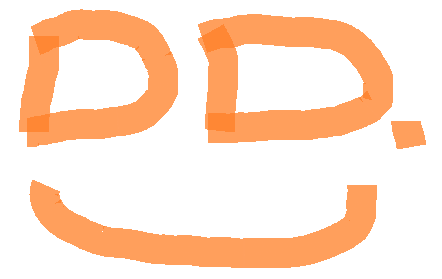 DD.Dota is a mix-team that has had many changes through the entire life of Dota 2. Most recently they got second place in The International 3 West Qualifiers, qualifying them to travel to Seattle and compete for the wildcard slot against the runner-up of the East Qualifiers.

DD had no defined meaning for the first year of the team's existence, Danish carry AngeL once stated: "The team will from now on play under the tag dd. the meaning of it is free by all to guess.".[1]

The French-Russian roster gave it a name after taking over the team from the Danes, calling it "davaydasvidaniaaa", a transformed spelling of "Davay, do svidaniya" that translates loosely into "See you, goodbye", a well-known Russian viral video and meme,[2] (V1lat on davaydasvidaniaaa[3]). They also created the team's current logo, a smiley with two D's as its eyes.