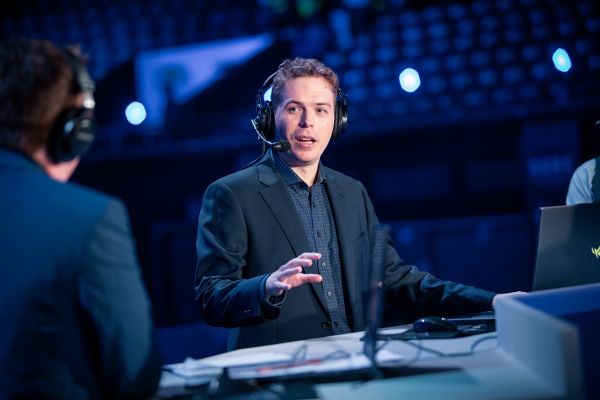 Matt "Danog" Joyce is a Dota 2 commentator and analyst known for his coverage of the Southeast Asian, Chinese, and Australian Dota scenes. He has worked with organisations such as ESL, Beyond The Summit, ONE Esports, & WePlay!

Danog is an Australian caster, based out of Melbourne.

As a caster, Danog first got started with minor tournaments and in-house leagues, including Australia's National Gaming Association. Since then, he was invited to cast for several online leagues, tournaments, and qualifiers, including AEF League, Asian Dota 2 League, LetsPlayLive ANZ Championships, EPICENTER, and AMD Pro Series 2018.

With his increased experience, he also has attended multiple LAN and Studio broadcasts; providing commentary and analysis at ESL One Mumbai 2019, World Cyber Games 2019, and has been a mainstay of events run by Beyond The Summit.

His nickname "Danog" comes from the word "gonad" backwards.