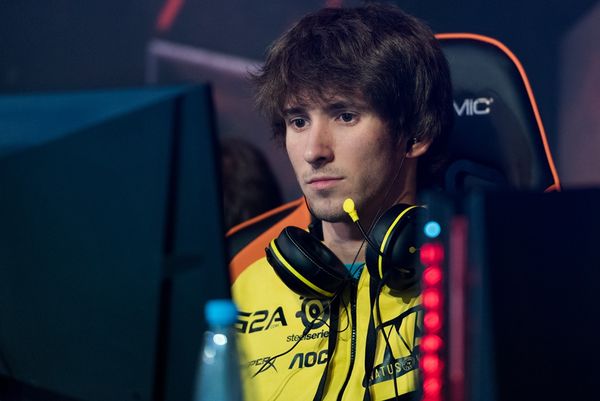 Born in Lviv, Ukraine, Dendi got an early start with competitive gaming in net cafes when his elder brother married, moved out and took the family's PC with him. Dabbling with Counter-Strike first, he soon found Warcraft 3 where he played in local tournaments and built a love for the competition and a thirst to be the best. Though he was quite successful in Warcraft 3 and even won a few local championships in Lviv, he knew he had found his calling when he stumbled upon DotA. He picked up the game quickly and played it almost exclusively over the next few months.

Beginning with learning only supports, he practiced heavily and was quickly vouched to the IHCS1 league and soon created his own team for tournaments in Lviv. After he led his team to a championship in Kiev, he was drafted by a team called "Wolker.Gaming" and began his professional career at 17.

Dendi started playing professionally with WG in 2006.[1] He was a part of the Ukrainian squad that finished third in MYM Prime Nations the same year. Only a few months later WG made it to the grand final of one of the most prestigious tournaments at the time; MYM Prime Defending.[2] When Kingsurf.international merged with WG the next year he became a full-time member of Ks.int.[1] In late 2008 he joined DTS, only to return to Ks.int in March 2009.[3] Three months later though, Dendi returned to DTS.[4] The team would end up finishing 2nd at ESWC 2010. At the end of 2010, Dendi and DTS finished 3rd at the prestigious WDC 2010.[5] Dendi joined Natus Vincere at the end of 2010.[6]

Dendi started his Dota 2 career with Na'Vi, who quickly established themselves as one of the best teams in the world by winning The International 2011. Na'Vi continued to dominate and won many tournaments in the years 2011, 2012 and 2013. Dendi was the center of Na'Vi's consistent stable and skilled rosters, with his performance greatly contributing to their success.

The Natus Vincere Dota 2 team achieved significant success with Dendi as their midlaner during the first few years of the game; they finished as the runners-up for both The International 2012 and The International 2013, losing out to Invictus Gaming and Alliance, respectively. 2013 would mark the last year of Na'Vi and Dendi's dominance in the Dota 2 scene, as they only recorded two LAN victories since January 2014. The International 2014 saw Na'Vi and Dendi finishing the tournament outside of the top 2 for the first time and the following two Internationals, TI 5 and TI 6, they would finish in last place. The results would deteriorate further, as they would fail to even qualify for The International 2017, they failed to advance out of the group stage of the regional qualifiers. This marked the first year of The International tournaments without Dendi attending as a player. The 2017/18 season started of promising for Dendi and Na'Vi, who dominated the CIS scene in the early months, crowning their improving results with their second LAN victory since 2014. However, the second half of the season saw the roster break apart and finally the team would fail to even reach the regional qualifiers for The International 2018, after losing in the open qualifier.

Four years of roster instability and poor results finally took their toll on the reputation of the Na'Vi organization and on Dendi's status as a legendary player and a top tier midlaner. After 8 years playing mid on Na'Vi, Dendi was finally removed from the active roster in September 2018. However, Dendi vowed to continue playing professionally. After a brief stint on Tigers, Dendi joined The Pango.

After spending majority of his professional career playing for Natus Vincere, he departed the active roster for the first time in September 2018 and left the organization in August 2019. In January 2020, he founded a new organization, B8.[7]