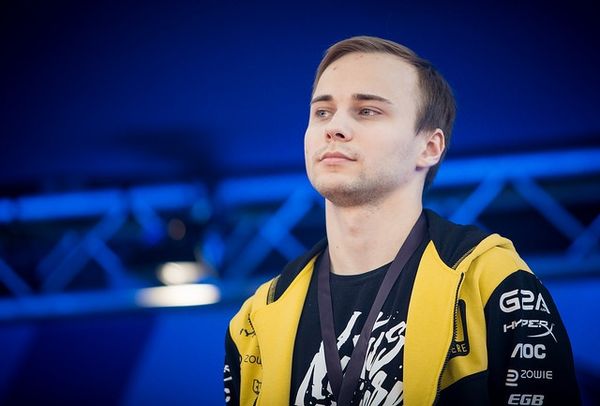 Dmitriy was born in Krasnoyarsk, Russia. While he was studying at school, he played in some cards and PC games with his elder brother. He started with playing Counter-Strike and other games for fun, and in 2007 Dmitriy started play in Dota.

Dmitriy started with Dota in 2007. He started to play professionally in Krasnoyarsk region on Asus summer online qual and finished 3rd defeating PowerRangers.
After that, he, together with his partners, received sponsorship from Znation, participated in several cups (while usually winning top places) in Kazakhstan and Moscow.

Started playing Dota 2 in September, 2011. After playing for several mixes at the Starladder cups, he received an offer from the Belarusian team Power Rangers. He remained with PR for almost a year, gaining experience in the competitive scene. After leaving Power Rangers, he played for the European team No Logic Gaming, although the team struggled to achieve any outstanding results.


After the disband of Natus Vincere in December 2015, he was offered the carry role on the new team being built by Dendi and SoNNeikO. He played for the newly reformed Natus Vincere for eleven months, winning StarLadder i-League StarSeries Season 2 before leaving the team on the November 7, 2016. In the following year he returned to play for Vega Squadron for a short period, before taking a prolonged hiatus [1] for the rest of 2017. He registered with Double Dimension in February 2018 for the upcoming season.