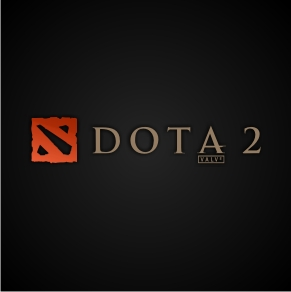 Dota 2 is an Action RTS game, developed by Valve Corporation. The title was formally announced on October 13, 2010; and was released in 2013 through Steam, for Windows, OS X and Linux. It is the successor to the very popular Warcraft 3 mod, Defense of the Ancients, which was based on Aeon of Strife map for StarCraft. It will be released as a Free to Play game.[1]

Dota 2 is a combination of RTS including perspective and a heavy requirement of tactics and team co-ordination and RPG including itemization and leveling up. The main objective in Dota 2 is to destroy the enemy Ancient Structure inside their stronghold, these strongholds are protected by multiple towers down 3 lanes. The player controls a Hero which fights for them and gains strength by leveling up by getting experience, which is given when creeps and heroes die, and by itemization by buying items with gold. Gold is gained passively over time, killing creeps, killing enemy heroes and buildings. You can prevent the enemy gaining as much gold and experience by denying creeps and buildings.

Heroes are all unique characters within Dota 2. At the start of each game, players are split into two teams of 5 versus 5 and then select a Hero from the Hero Pool. Every player controls his own Hero and any units that Hero controls, such as a Neutral Creep under the effects of Chen's Holy Persuasion. Heroes will gain experience when enemy units are killed nearby. They start the game at level one, and as they earn experience, they eventually level up. Each level a Hero earns grants attributes and a skill point. Dota 2 currently has 117 playable heroes, all currently from DotA 1 (and 5 new hero). Heroes are split into 3 categories: strength, agility and intelligence; and into the 2 factions, The Radiant and The Dire.

Items are used to give heroes additional abilities, bonus stats or provide health or mana regeneration. Items are sold at the shop, side-lane shop or the secret shop. More powerful items require several base items to be created as well as a recipe. Items take up space in the hero's inventory, courier's inventory, or stash, each of which have 6 slots.

Icefrog was hired by Valve Software in 2009.

The beta began in 2010, officially ending in July 2013 just before The International 2013 when the Windows client was officially released to the public with a queue system to deal with high traffic. The Mac and Linux clients were released a week after the general release of the Windows client. Dota 2 runs on the Source Engine and mimics some of the quirks that were present in the original DotA game in order to preserve gameplay.