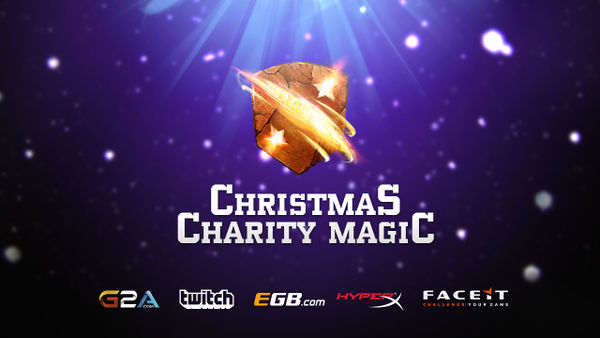 D2CL Christmas Charity Magic is a collaborative effort by Dreamz Media, G2A, Twitch, Egamingbets and FaceIT. There is heavy emphasis on selflessness, with all the money from tickets going to the Food For The Hungry charity, with FaceIT and Dreamz Media contributing an additional $2 for the first 10,000 tickets.[1]

The prize pool for the tournament was $40,180, including the contribution from ticket sales.[2]