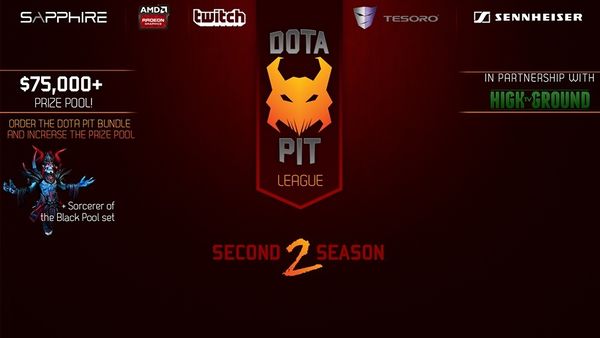 The Dota Pit League Season 2 is the second tournament by Dota Pit, this time with an initial prizepool of $75,000, with DotaTV ticket purchases going towards increasing the pool.