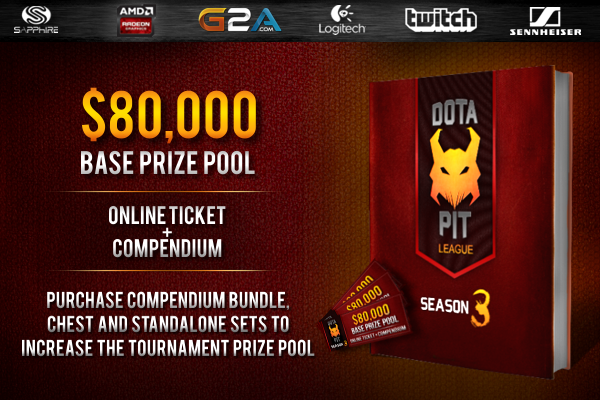 The Dota Pit League Season 3 is the third tournament by Dota Pit, this time with an initial prizepool of $80,000, with purchases going towards increasing the pool.[1]

1Team FIRE withdrew from dotapit on February 20 and were replaced by Power Rangers.[3]
2After Virtus.pro disbanded, mYinsanity were invited to fill their place.[4]
3Polar were rebranded as Virtus.pro on April 15, 2015.[5]
4mousesports signed Team Tinker on May 8, 2015.[6]

1After Virtus.pro disbanded, mYinsanity were invited to fill their place[4]
2The tiebreaker between alliance and empire is decided via points ranking.[8]

31m08s
Evil Geniuses has a 1-0 lead as the upper bracket winner.