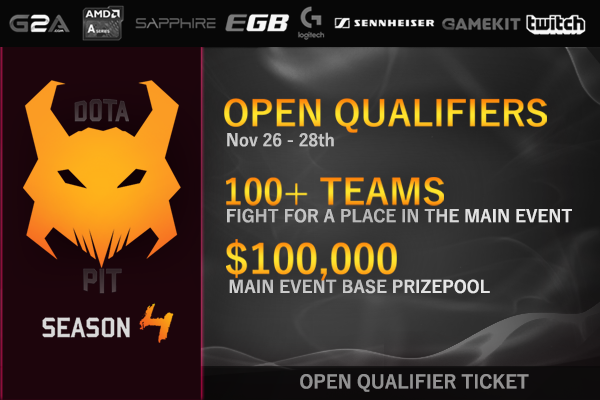 The Dota Pit League Season 4 is the fourth tournament by Dota Pit.[1]

Dota Pit Season 4 consists of online regional qualifiers as well as a group stage in which each team plays a round robin type style. The best teams advances into the final elimination bracket where they will join four invited teams and three other qualified teams.

A total of 8 teams will be participating in Dota Pit Season 4:

1XBOCT will replace Silent for the LAN finals due to Silent's health issues.[3]