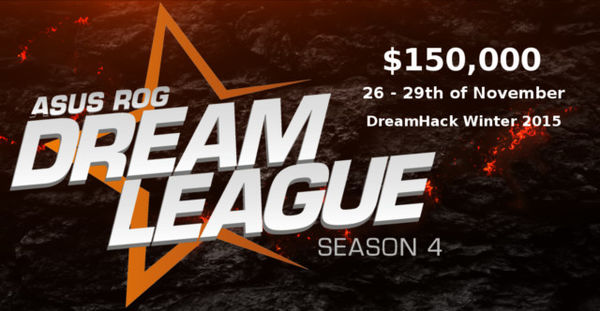 The ASUS ROG DreamLeague Season 4 began on the 18th of September 2015 with an open qualifier. The main season 8 teams, with each 7 invited teams and 1 qualified team, leading into a League followed by the Playoffs. The Playoffs will be played at the DreamHack Winter 2015 on November 26-29th.