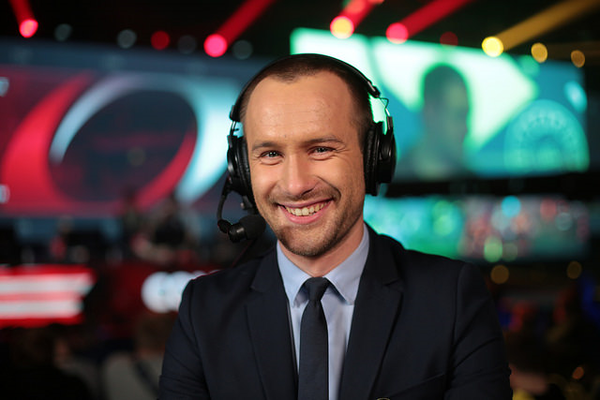 Dmytro "Droog" Chumachenko is a Russian and Ukrainian language caster from Mariupol, Ukraine.

He started casting in the beginning of 2015 when he set up his amateur studio, which was called Igrokamtv. He had worked until the end of 2015, after that he was invited to Game Show Studio. There he was working from February 16 to May 16 as he moved to StarLadder.