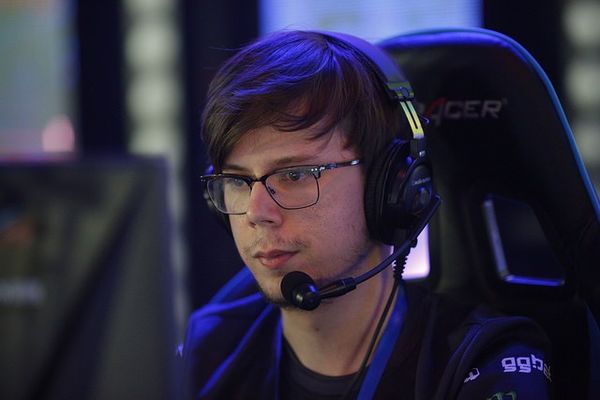 EGM was picked up by Druidz in 2010. The team captain panterspot stated that it was "because of his potential and that we liked him".[1] He grew into the team, excelling with heroes like Visage and Earthshaker.[1] The Druidz squad left their sponsor in September 2011 and instead took the name "Emocore" as they searched for a sponsor and transitioned into Dota 2.[2]

After being around on a number of teams during 2012, EGM joined No Tidehunter in February 2013.[3] In the following months they established themselves as one of the very best teams in the Western scene, getting picked up by the Alliance and winning the SLTV StarSeries Season V, The Premier League Season 4 and the G-1 Champions League Season 5 Western Qualifiers, earning them a trip to China.

This proved to be only the beginning of a long sweep of tournament wins for the Alliance. Indeed, a few months later they had reached the grand final of The International 2013, in which they beat Na'Vi in a thrilling best of five, to earn themselves more than 1.4 million dollars as well as the right to call themselves "best Dota 2 team in the world".

After a disappointing 11th-12th place at TI4 with Alliance EGM started standing in for Excalibur in the newly formed Team Tinker. A few weeks later it was announced that both EGM and S4 had left Alliance, and that EGM would be taking the spot of Excalibur in Team Tinker.