ESL One Frankfurt 2015 is the first ESL arranged tournament for Dota 2 in 2015. It will be held in the Commerzbank Arena, a football stadium with a capacity of more than 52,000, in June of 2015. Three of the eight teams at the main event will be invited while the rest must qualify through region based tournaments.

The base prize pool for this tournament is $250,000, which can be increased by crowdfunding: 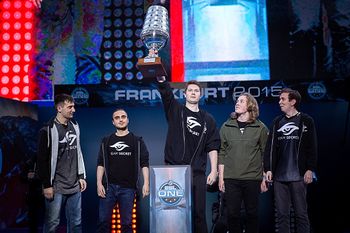