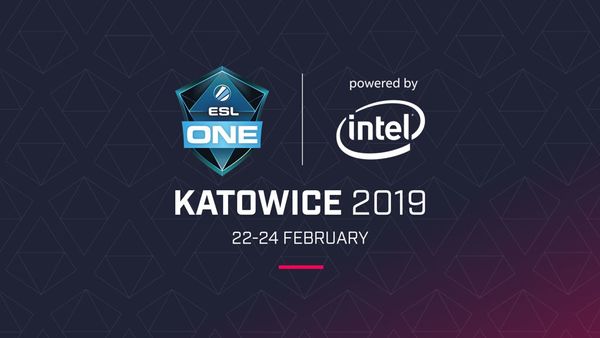 After a successful first edition, ESL One returns to Katowice with ESL One Katowice 2019. Between February 19–24, 2019, twelve teams will fight for a piece of the $300,000 USD prize pool. The main event, held on the last three days of the event, will take place at the Spodek Arena.[1]

The talent for the English broadcast was announced on January 28, 2019.[2] Remote Broadcast on the secondary streams for the group stage is provided by joinDOTA.

The talent for the Russian broadcast was announced on February 18, 2019.[3]

The talent for the Spanish broadcast was announced on February 13, 2019.[4]

1 paiN Gaming was signed by Chaos Esports Club on January 15th, 2019.[13]
2 China Qualifier winner EHOME forfeited their spot due to a schedule conflict with MDL Macau 2019. They were replaced by the runner-up For The Dream.[14]
3 SEA Qualifier winner TNC Predator withdrew from the event due to a combination of visa troubles and scheduling conflicts.[15] They were replaced by Mineski.[16]
4