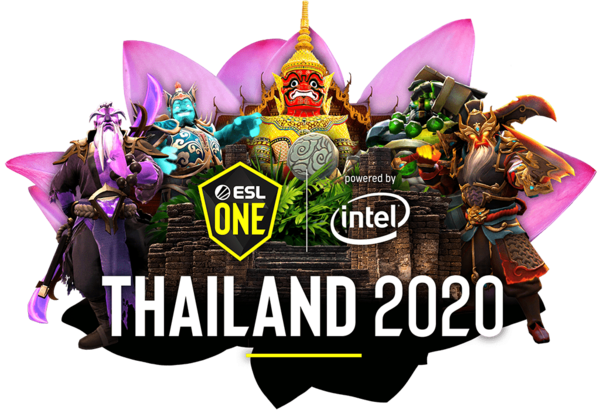 ESL One Thailand 2020 powered by Intel works with Thailand’s Ministry of Tourism & Sports and the Sports Authority of Thailand to bring this event to you, the online competition features 20 teams from two divisions - Asia and the Americas - and offers two local Thai teams the chance to progress from the ESL Thailand Championship to compete against Asia’s top-tier esports teams and a total prize pool of $200,000 USD.[1]

iceiceice.[2]
2 Royal Never Give Up withdrew from the tournament on August 19, they were replaced by Team Trust.[3][4]