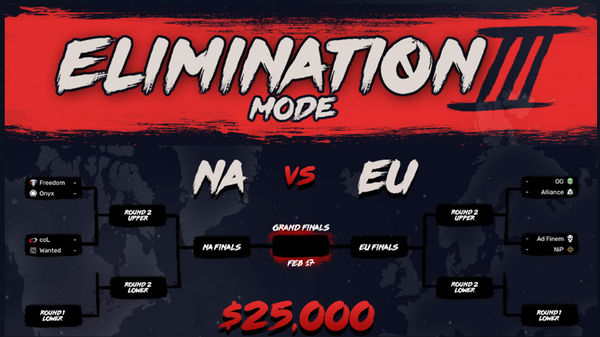 Elimination Mode is back for a third season featuring some of the best American and European teams in a game mode where heroes can only be picked or banned once per series.[1]

Total prize pool for the tournament is $25,000 (USD) spread among the teams as seen below.

Ninjas in Pyjamas
0
EU Round 2

Ninjas in Pyjamas
0
EU Round 2

Each day, 30 heroes are banned by public votes. One additional hero is banned out each day by SUNSfan.