Nothing is known of Enigma's background. There are only stories and legends, most of them apocryphal, passed down through the ages. In truth, Enigma is a mystery for whom the only true biography is description: he is a universal force, a consumer of worlds. He is a being of the void, at times corporeal, other times ethereal. A beast between the planes.

There are stories that say he was once a great alchemist who tried to unlock the secrets of the universe and was cursed for his arrogance. Other legends tell that he is an ancient being of strange gravity, the abyss personified—a twisted voice from out the original darkness, before the first light in the universe. And there are older legends that say he is the first collapsed star, a black hole grown complicated and sentient—his motivations unknowable, his power inexorable, a force of destruction unleashed upon existence itself.

Widely feared for his ultimate ability, Enigma can summon a black hole capable of entrapping enemy forces, so that allies can then destroy them. An ever-present contingent of eidolons at his side, he pummels foes with ranged attacks.

QF
Targeting
Unit Target
Affects
Enemy Units
Damage Type
Magical
Focuses Enigma's hatred on a target, causing it to take damage and become repeatedly stunned for multiple instances.
14
100/120/140/160
Strange gravities pull at the core of those who would oppose you, holding them in place.
Notes

WC
Targeting
Unit Target
Affects
Units
Damage Type
Instant Kill
Splits a unit into malevolent aspects of itself, all under Enigma's control. Repeated successful attacks cause them to multiply again; when this happens, the eidolons have their health restored.
60/52/44/36
140/150/160/170
Enigma is capable of drawing aspects of himself from other dimensions—the result is a trio of dark eidolons that hunt the corporeal plane.
Notes 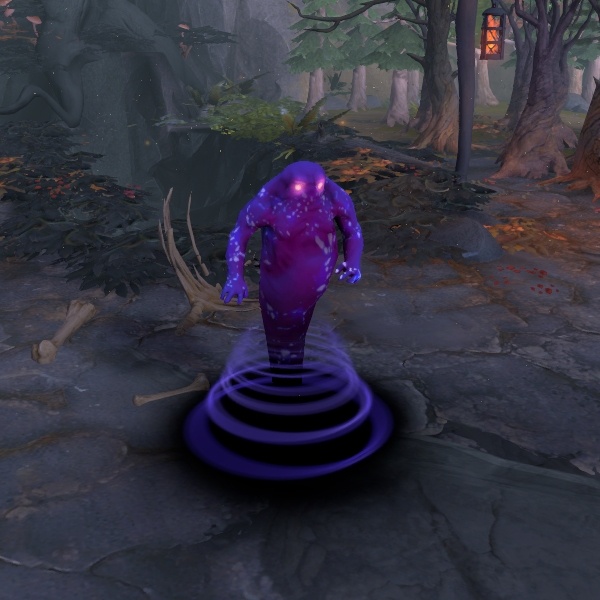