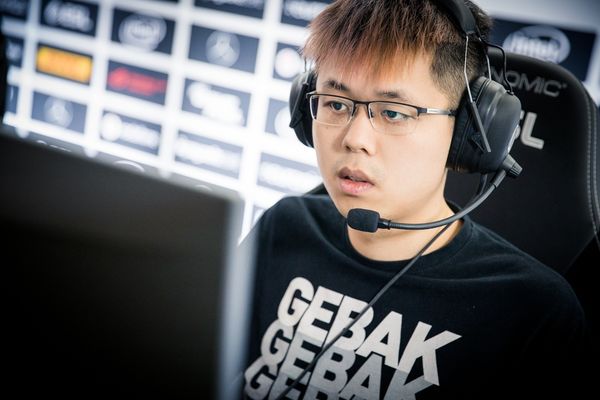 He announced his retirement from the competitive scene on July 2nd, 2022.[1]

EternaLEnVy played mid solo for DWi (Deal With It) and was rank 2 on the ladder for a few months in HoN. DWi was a top tier HoN team, and was eventually acquired by compLexity Gaming. He also played SC2 under the name "YanagiNagi", and DotA under the name "Aisaka_Taiga".[2]

On December 11, 2011, EternaLEnVy announced his plans to put his university education on hold in an attempt to play Dota 2 professionally.[2] He started playing Dota 2 full-time mid April, 2012.

On September 21, EternaLEnVy's new team No Tidehunter made their first public appearance by playing in The Revenge I. The new squad ended up winning their debut tournament, going undefeated. More success came quickly, as the team managed to qualify for ESWC 2012 with a win over Evil Geniuses, as well as qualifying for the Thor Open in mid October. Unfortunately, their first bump in the road was to come shortly after. On October 23, Black^, who had been playing for both nth and mousesports, left the team to play for the new team Zero, and kizzles also left to focus on his studies. With No Tidehunter splintered and unable to attend, Black^ was able to transfer the ESWC 2012 qualifying spot to his new team, leaving EternaLEnVy's left to look for replacements.

On October 29, 2012, it was announced that the Swedish stars Loda and Akke would be joining the roster of No Tidehunter.[3]

EternaLEnVy's first LAN would be DreamHack Winter 2012, where he announced his team had found a sponsor, which is what had allowed him to come to Sweden. In a surprising result, No Tidehunter, under EternaLEnVy's leadership, achieved a first-place finish, beating favourites Team Empire and Evil Geniuses.

February 21, 2013 marked a new low point EternaLEnVy's career as a player when he announced that he was kicked from the No Tidehunter squad. It was uncertain what the future held for EnternaLEnVy, but he held the new QPAD Red Pandas in high regard and has expressed interest in trying out for their empty roster spot.[4] However, QPAD's roster was completed without him, so nothing came of it.[5]

On March 19, 2013, it was announced that he would joining a revamped Kaipi roster, playing the role of carry instead of his past supporting role on No Tidehunter.[6]

On September 19th, 2013, the Kaipi roster was picked up by the Rattlesnake organization under the name Rattlesnake.int. The team was later rebranded as Speed Gaming and went on to win MLG Championship Columbus.

Throughout 2014, EternalEnVy would cement himself as one of the top carries in the scene, placing second multiple times throughout the year, as well as placing 6th at The International 2014, surpassing the expectations of many fans. After The International 2014 Cloud9 underwent a roster switch; replacing SingSing with FATA-. EternalEnVy continued to perform strongly in the later half of 2014, achieving second place in multiple tournaments. He attributed part of his success to the state of the meta, as carries such as Terrorblade and Naga Siren, some of EternalEnVy's strongest heroes, were top picks at the time.

He served as a coach for Thunderbirds at The Kiev Major.[8] On the road to The International 2017, EternalEnVy playing under his created team, Team NP, showed success by qualifying through the North American TI7 Qualifiers and subsequently joined Cloud 9 as their representative for the upcoming main tournament. At the tournament, the team were eliminated early from the playoffs and EternalEnVy joined Fnatic alongside with his previous teammate, pieliedie. This move signalled EE's maiden competitive action under a team based in South-East Asia.[9]

After The International 2021, he announced his hiatus from the competitive scene.[10]