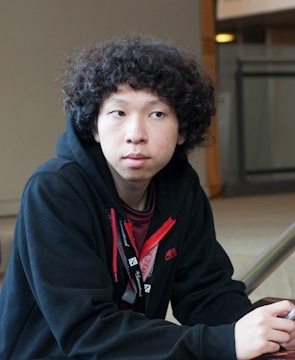 FLUFFNSTUFF has always had an eye for competition. Introduced to DotA while in high school, he spent a year playing in pubs before making a conscious decision to only play serious matches. Harboring hopes of one day assembling a great team, he spent years studying and practicing so he'd be able meet the challenge head on when the opportunity arose. After the North American scene subsided in 2010, he had a brief stint in both HoN and LoL, time he describes as being used to gain a greater understanding of his original love. This of course helped him a great deal when he returned to Dota 2 in 2011.

Having spent long years with teams that lacked direction or purpose, Brian found himself unsatisfied with the captains he trained under, and took it upon himself to step into a leadership role. He formed FIRE in the fall of 2011 under the basis of meeting like-minded players and, after a series of wins, his new team was picked up by compLexity. The team would soon earn an invite to The International 2012, and become champions of The Defense 2.

On March 12th, 2014, FLUFF posted on his blog about internal issues in Team Liquid, especially his dissatisfaction with the team's current leadership and expressed interest in returning to the role of captain.[1] Six days later FLUFF posted a public apology on his blog about his earlier post, calling his earlier post a "massive mistake".[2] The same day, Liquid`Nazgul, Liquids CEO, posted that FLUFF would be moving back to his role as captain on the team, saying it was "do or die" for FLUFF.[3] Unfortunately, FLUFF and Liquid parted ways after lackluster performances following his blog post on March 26th, 2014.[4]