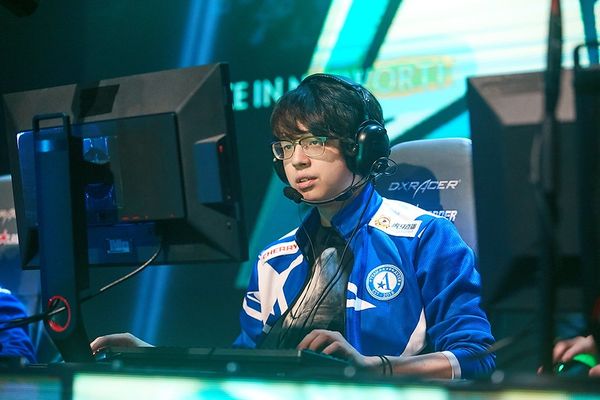 Pan "Fade" Yi is a Chinese professional Dota 2 player who is currently playing for EHOME.

His talent secured him a spot on VGJ.Thunder in September 2017. VGJ.Thunder had played the previous season under the name Team VGJ, a collaboration between VG and professional basketball player Jeremy Lin. With this team, he was able to win Galaxy Battles II in January 2018. He also placed 2nd at the Bucharest Major and in two Minors, GESC Indonesia and SLi Invitational.

At The International 2018, they were eliminated in the first round by their sister team, Vici Gaming. After that, the Chinese branch of VGJ was dissolved and Fade, along with teammate Yang, was recruited to the main squad of Vici Gaming. On VG, he won two Majors, the DreamLeague Major and EPICENTER Major, as well as the SLI Minor. These excellent results throughout the season had made the rest of the world realize that Fade was a top tier roaming support player and he was often talked about being the MVP of the team. It also meant that VG had secured a spot at The International 2019 without the need to go through qualifiers.

At TI9, Fade and VG reached the semi-finals of the upper bracket, where they were beaten by Chinese rivals PSG.LGD and were later eliminated in 5-6th place by Team Secret. After the event, Fade announced his temporary departure from professional Dota 2.