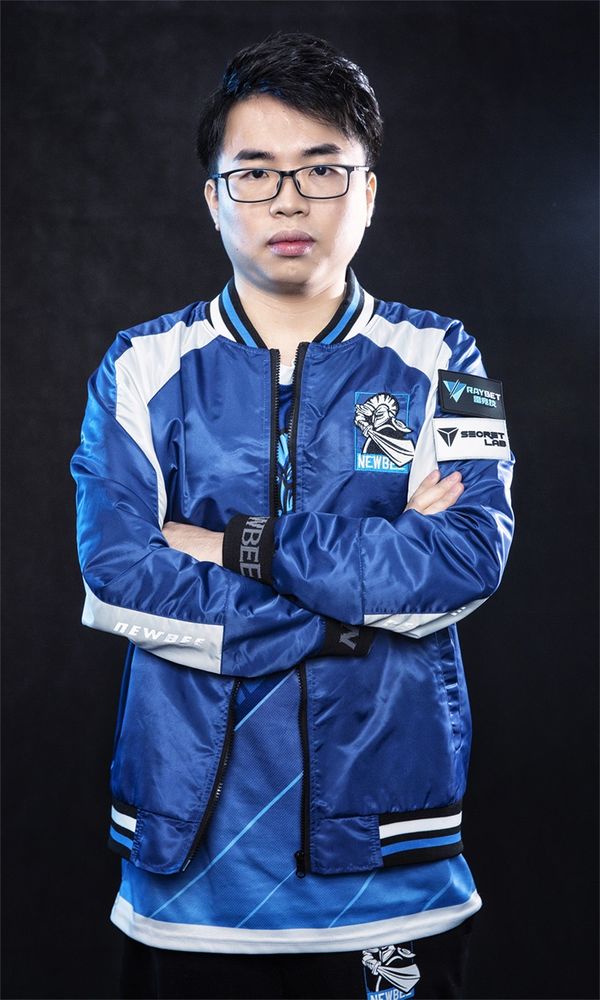 Coming from the province of Guangdong, Faith is a second generation Chinese Dota player.

Faith was invited as part of TyLoo to the inaugural International (along with the future TI winner Hao), however they failed to secure a spot within the prize pool, finishing 9-12th.[1] He was again invited the following year, this time as a part of Invictus Gaming. The team showed a dominating performance in the group stages, dropping just one out of 14 games (including a 2-0 series vs reigning champions Natus Vincere). Even though at the main event Na'Vi knocked them into the losers' bracket, they managed to reach the grand finals, facing Na'Vi for the third time in the tournament, this time winning the series 3-1 and claiming 1st place.[2]

Following his departure from iG, Faith switched between several Chinese teams, winning i-League Season 2 with LGD, and at one point even returning for a second short spell with iG, before finally settling with Newbee. With the Chinese powerhouse, Faith placed first at the Dota2 Professional League, and 2nd at the ESL One Genting, losing the grand finals to Digital Chaos, after beating TI winners Wings Gaming in the semifinals of the tournament.[3] Newbee's consistent performances earned them a direct invite for a DAC 2017 in Shanghai.[4]

Together with KuroKy, Faith took part in his second TI Grand Finals at The International 2017 against Team Liquid. However, Faith was unable to be the first player to claim the Aegis twice, as Team Liquid swept Newbee 3-0 in the end.

On 1 January 2021, Faith was permanently banned from all Valve events for match-fixing.[5]