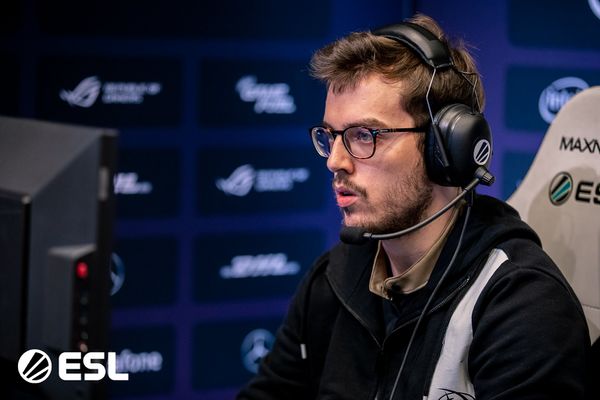 Adrian "Fata" Trinks (born February 24, 1993) is a German Dota 2 player who is currently playing for Soniqs.

Considered to be one of the best solo mid players in Europe, FATA has played for many teams during his career such as mousesports, Sigma.int, Team Liquid, Cloud9, and most recently Tundra Esports. After The International 2017, FATA- made the switch to the offlane on Team Secret

FATA competed for mousesports from 2012 to 2013, helping the team achieve a berth into The International 2013. After the team failed to place at the event, and with their inability to keep a consistent lineup, they disbanded. FATA and longtime teammate paS then joined DD.Dota, though the team was soon signed by Sigma to play as their international division team. FATA spent six months playing for Sigma.int with varied success before leaving to join Team Dog, again alongside paS. On May 13, 2014, mousesports picked up Team Dog, allowing FATA and paS to once again play for the organization. The team managed to qualify for many premier-level tournaments such as ESL One New York 2014 and The International 4, as FATA contributed with a very diverse hero pool - with solid solo mid performances on heroes ranging from Puck to Troll Warlord. However, during the post-TI4 reshuffle the team disbanded.

On August 17th, 2014, FATA was announced as the new solo mid player for Cloud9 as a replacement for SingSing. Cloud9 had already established themselves as a top-tier team and continued to qualify for premier-level events, with much success contributed by FATA's solid solo mid play on heroes such as Viper and Beastmaster. Despite this, the team only managed to win one tournament the entire year - NVIDIA Game 24. After Cloud9's disappointing TI5 run, the team disbanded after FATA had stayed on for a year.

In the post-TI5 reshuffle it was rumored that FATA was building a new team with Kuroky. On August 28th, 2015, FATA became the mid player for 5Jungz. Shortly after the team's creation, 5Jungz became a powerhouse in the European scene and were picked up by Team Liquid after qualifying for the Nanyang Dota 2 Championships.