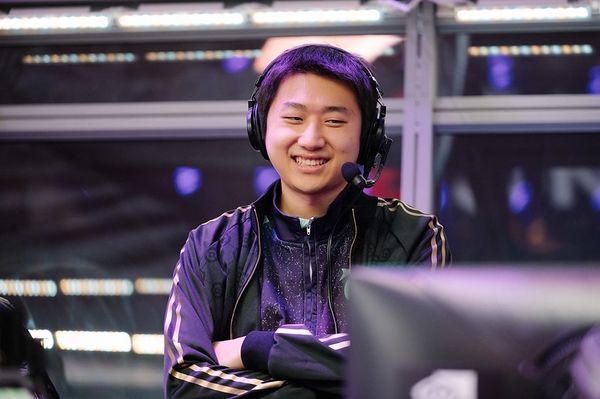 When Febby was in middle school, he used to visit lan cafes every week where one of his friends introduced him to DotA. Febby showed zero interest into the game when he first started saying that it was an hour long RPG with no sense of accomplishment and found it unattractive.[1] He later defeated his friends by expanding his item and hero pool.[1] However, due to family problems, he would turn to Dota as a source of escape and played against a person called TidesofTime and wanted to beat him, but later he disappeared without notice.[1] Afterwards, Febby met March where he introduced him to captains mode and later played on DCIHL, a North American Dota League where he made his first impression.[1]

Febby's first known team was with Kaipi, where he was a founding member of the organisation and lived in North America during his duration with his teammates.[2] He competed with the organisation in a number of matches but after poor results with the team during the EMS One Summer 2013 Preliminaries, he later moved to South Korea due to an last minute offer by March to form a Korean team.[2][3] The decision to move abroad forced Febby to work on a side job and with the sufficient funds, he moved to South Korea, when the negative reception from his parents despite his dad told him to live with no regrets. He joined FXOpen e-Sports in June 2013 and after showing good fortune, the sponsors dropped the team and later became For Our Utopia in November 2013.[4] However, after internal conflicts, he and March parted ways where March went to MVP Phoenix and Febby joined Startale.

However, in 2014 saw an unfortunate wave of events when leaving Startale with joining multiple teams such as BirdGang and Pokerface. However, with limited success saw the team disband and with limited funds and with his family and friends back in North America, Febby became homeless for a year and lived in abandoned buildings as shelter.[3] His income came from earnings and used it to play in internet cafes and would sometimes have play without food. Despite living in sub-par conditions, his girlfriend assisted him and helped his life get back on track through a determined state of mind.[3] Showing sheer mental strength, he lived in the conditions thinking how become a better Dota player. He later joined MVP Phoenix as a support in February 2015.[5] He finished 7-8th in The International 2016 and ended the 2015 calendar year reaching into the top 6 of MLG World Finals 2015. After roster changes during the winter of 2015-16, Dubu joined MVP Phoenix and began a different team.

In 2016, Febby began to develop more into the support role he was assigned and played an influential role into their rising dominance into 2016. With early 2016 favouring support heroes such as Earth Spirit, Wisp and Oracle, Febby became accustomed to the heroes alongside with their hyper-aggression gameplay they are known for.[6] He placed fourth place in the Shanghai Major 2016 and during Spring, their hyper-aggression continued and their play style paid dividends with first-place finishes at Dota Pit League Season 4 and WePlay Dota 2 League Season 3. Later into the year, he finished into the top 6 of the Manila Major and The International 2016. After the tournament, he played with MVP Phoenix as an unofficial player on a carry role and came second place at the MPGL Southeast Asian Championship.[7] He later became an official player for MVP Phoenix.[8]