For other uses, see Fly. and Flyfly. 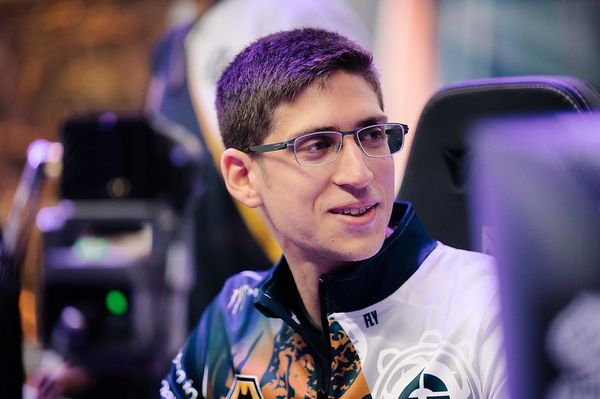 Coming from iLx along with N0tail and NoVa, Tal took over the drafter role in Fnatic HoN squad. Being one of the longest serving members of Fnatic HoN squad, he switched with the team to Dota 2. Tal played the offlane role for Secret Team, joining them along with BigDaddy. Tal and n0tail were separated at the end of 2014, but re-united after The International 2015 in order to create OG, where Tal once again is the captain and drafter while playing the support role. Between the two of them they share one of the longest standing camaraderies in the history of e-sports. He later won the Frankfurt Major 2015 and into the new year in June The Manila Major 2016. Although suffering a shock exit during the early stages of The International 2016 he and N0tail continued with OG.[1]

With the growth of Dota 2 and the decline of the Heroes of Newerth scene, Fly, along with Fnatic's HoN squad made the jump to Dota 2 at 2012. The team showed much of its strength throughout their time, consistently making it to at the least top 4 of most of their premier tournaments, and being able to compete against the established teams of the scene such as Natus Vincere, Alliance and Empire.

Invited to The International 2013, the team was eliminated at 7th-8th place. After TI3, the team showed mixed results, still hitting top half in multiple premier lans such as DreamLeague, RaidCall. Ultimately, a horrible performance at TI4, which left the team failing to make it to the main event prompted Fly and n0tail to leave Fnatic to help form Team Secret, with Fly shifting to the offlane. His time with the team left them with top half positions at ESL One New York, StarLadder and the Summit 2, though he later departed from Secret at the end of the year. Playing briefly for Meepwn'd, Fly shifted to the North American scene, joining many other HoN converts at Complexity gaming. The team proceeded to fail in qualifying in all but one of the premier tournaments, The International 2015. At TI5, Complexity finished at the bottom half, and Fly departed soon after, accompanied by MoonMeander.

Returning to the European scene, he rejoined with n0tail, and the two formed (monkey) Business, where his only lan with the team name was a 3rd-4th-place finish at MLG World Finals, though the team was able to qualify for the Frankfurt Major. In the lead up to the Major, (monkey) Business was signed by OG, and the team proceeded to defeat Secret at the grand finals of the major, the team's first lan win. After top 4 placings at the Summit and MDL, the team was invited to the Shanghai Major, where they were unceremoniously dropped by Fnatic.

After suffering another hiccup at Dota Pit, the team recovered with a 3rd-place finish at EPICENTER, and proceeded to dominate the scene once more, taking the Reaver at the Manila Major. Winning ESL One Frankfurt, and coming 2nd at the Summit, OG was once again upset, being eliminated from The International 2016 by TNC. The team proceeded to have a major reshuffle, with Fly and n0tail remaining with OG. The team progressively showed its growth with a 3rd-place finish at MDL which led to 2nd-place finish at the Summit 6. Eventually, Fly was able to once again stand victorious at a Major, with OG taking their third at Boston. The team remained in top form with 2nd-place finishes at DAC and Dota Pit, paving the team's way in taking the Kiev Major.

After ESL Birmingham, in the leadup to TI8, Fly announced he was leaving OG, with immediate effect.