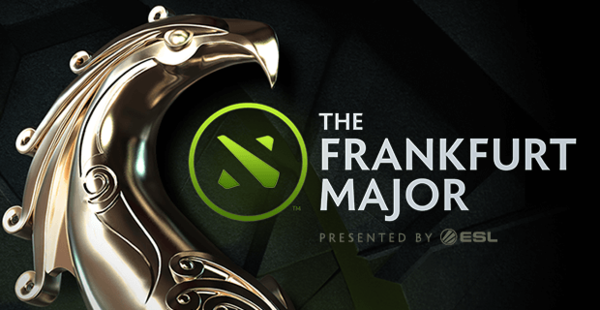 The Frankfurt Major (or "Fall Major") is the first event of Valve's Dota Major Championships, which will add 3 new publisher-sponsored tournaments each year in addition to The International. The Main Event took place at Festhalle Messe, a multi-purpose concert hall in Frankfurt, Germany with a total seating capacity of over 9,800; it featured the same Main Event format as The International 2015.[1]

The talent for the Russian broadcast was announced on November 12, 2015.[3]

1 (monkey) Business became OG on October 31, 2015.[4]
2 Invictus Gaming were forced to withdraw from the Major due to visa issues.[5] They were replaced by Newbee Young, the third place team from the Chinese qualifier.[6]