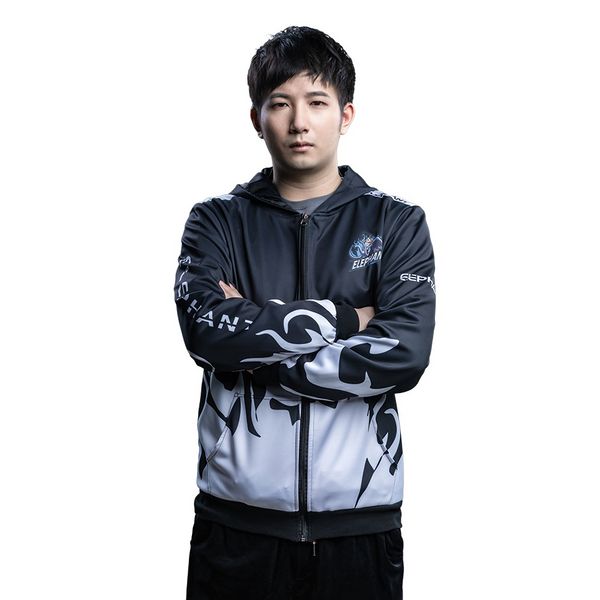 Although a relative latecomer to the Dota 2 scene, fy found immediate success in the professional scene. fy is often considered to be the best Rubick player in the world, and he and former teammate Fenrir were known as one of the top support duos in the world and the main driver behind the success of Vici Gaming.

fy first made his appearance in competitive Dota 2 when Vici Gaming was created on the 21st of October, 2012.[1] It was believed that it took numerous attempts to persuade fy to come to VG despite not having played a single match of Dota 2, but a person called "WarGod7" convinced him to join the team and eventually become a player of VG as a support. fy described his move to Vici Gaming as "fate".[2] He played alongside cty, fenrir, xtt and sydm - the four remaining players in the Dota 2 squad alongside their team manager/team leader Panda Pan Pan, also known as Fengdidi.

Vici Gaming failed to find some form in the first half of the 2013 calendar year as they were eliminated in the groupstage or the first round of the playoffs in many domestic tournaments such as G-League 2012: Season 2 and Dota 2 Super League. More importantly, they fell short in the The International 3 Eastern Qualifiers, losing to LGD 3-0 in the grand finals.

Despite the heroics of fy's favorite hero, Rubick, during G-League, it was understood that fy and xtt decided to leave the team on the 10th of June, 2013. However, it was later revealed that fy left without authorization and was forbidden from playing with another team until his contract with Vici Gaming expired. Despite the warning given to fy from his management team, he still was determined to leave Vici Gaming, but soon thereafter made an apology on his Weibo[3] The next day saw a sharp turn of events when fy decided to come back to Vici Gaming after unofficially leaving the team, as he wrote a personal statement on his Weibo.[4] The aftermath of the incident resulted in fy's position in Vici Gaming remaining unchanged while xtt officially left the team, leaving Vici Gaming on the lookout for a carry player. After the fallout between fy and VG, the team saw further changes with cty leaving, Super and rOtk coming in after ZSMJ's exit, and Sylar's controversial replacement of TuTu.

After several months of instability within the team, Vici Gaming were invited last minute to the LAN event finals of ESL Major Series One Fall Event in Tychy, Poland when Team DK's visas were denied. This event showed the awakenings of the renowned Fenrir-fy support duo; fy displayed his virtuoso talents as a rising support star throughout the series and won the tournament MVP award after Vici Gaming defeated Fnatic 3-1 in the grand finals.[5] This was also fy's first LAN victory and his first victory away from mainland China. After the event, an interview was conducted with fy where he said the decision to stick with VG was the right choice and that he believed his 'bond' with Fenrir exists because of how close friends they are outside of the game.[6]

2014 saw a good year for fy when he and his team were directly invited to The International 2014 by Valve. With Vici Gaming, he placed 2nd at The International 2014, falling short in the grand finals to Newbee 1-3. While coming 2nd in his first International, he mentioned it was a pity but was later optimistic that reaching 2nd place was a great achievement for his first time. He used his prize money from the tournament to buy his mom a new house.[7] After the 2014 TI shuffle, rOtK retired and fy was made captain and drafter for the team. He highlighted that he had faith with his team despite the addition of Black^ who could not speak Mandarin.[8] He captained Vici with victories at ESL One New York 2014 and The Summit 2. The following year, Vici placed 2nd at the Dota 2 Asia Championships and 4th at The International 2015, where he was featured in a player profile by Valve.[2]

On the 19th of March, 2016, Fy was moved to Vici Gaming's secondary squad, Vici Gaming Reborn. He won his first tournament under his youth team beating Natus Vincere 3-1 in the StarLadder Invitational 1 despite having his coach Mikasa playing as a substitute for the team.[9] Following the event, he finished in the top eight for the Manila Major 2016 but was eliminated in the first round of the lower bracket during The International 2016. He later moved back to his primary squad, Vici Gaming on the 14 September 2016, but wavered mixed success throughout the next calendar year, reaching second place in Starladder i-League StarSeries Season 3 and a 5-8th place in the Kiev Major 2017 as their most notable achievements, and most notably, not qualifying for The International 2017.

During the spring break of 2017, it was announced that after six years with the organisation, fy would depart from Vici Gaming to join LGD as an offlaner, with intentions of strengthening the team's chemistry and to diversify his role versatility.[10][11] With the addition of Chalice, the team finished second place in their first Minor PGL Open Bucharest 2017, however his tenure as an offlaner came to an abrupt end, following xNova's addition to the squad from his successful trial, resulting in fy returning to position four.[12] The return to his original position prompted success to the team, victorious in several Chinese qualifiers, finishing 2nd place in DAC 2018, and beating Team Liquid 3-1 in the grand finals of EPICENTER 2018. fy's drafting and his performances in EPICENTER earned the praise from the Russian casters and Kyle, and he was awarded MVP of the tournament, with Thanos's Infinity Gauntlet.[13]