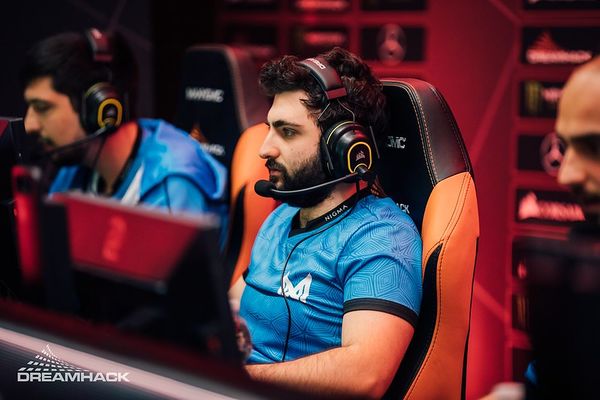 Maroun "GH" Merhej is a Lebanese professional Dota 2 player who is playing for Nigma Galaxy.

GH was originally part of Wired Gaming, who gained notoriety for winning the MSI BEAT IT 2014 Middle Eastern Qualifiers. After this achievement, the team was picked up by the E-LAB organization who are often considered to be the first Middle Eastern organization to sponsor a Dota 2 team.

However, GH himself gained notoriety for reaching over 9K MMR in the Dota 2 matchmaking leaderboards - at one point reaching the highest MMR in Europe. Although known for his solo mid play in pubs, he plays support during professional games. He joined Team Liquid as a stand-in for BuLba at DreamLeague Season 6 and later won the tournament.[1]

On January 2nd 2017, GH joined Team Liquid[2], officially replacing BuLba. His addition to the team vastly improved their results, resulting in two online qualifier victories in the early months of 2017, as well as one LAN win in February 2017, at StarSeries Season 3. After being invited to the Kiev Major and finishing in 5-8th place, Team Liquid together with GH proceeded to dominate the international Dota 2 scene, winning four LANs in a row, with the final one being their greatest achievement: The International 2017[3]. Winning the first TI he attended, secured himself his share of more than 10 Million USD in prize money. During the event, GH's Keeper of the Light, Earthshaker and Wisp skills were highly feared, and at least two of the heroes were consistently denied for Liquid, allowing the team to have greater flexibility in their draft.