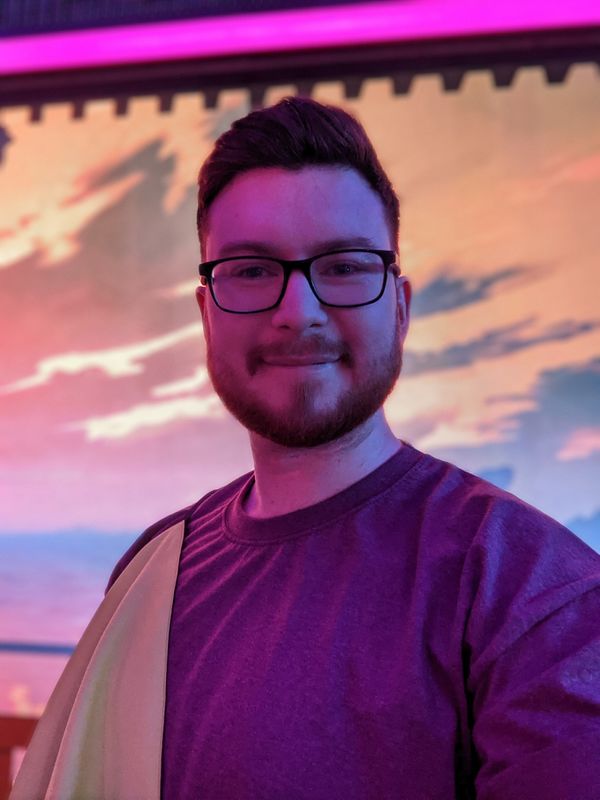 Gareth "Gareth" Bateson is a freelance caster, previously with joinDOTA.

Although born in Bradford, West Yorkshire in England, Gareth was relocated abroad at the age of 7 due to his parents' occupation as teachers.[1] Gareth's first video games were James Pond, It's a Funny Old Game & Mortal Kombat on the Amiga 64, before playing Civilization and The Settlers on his dad's PC. He spent numerous years away from his birth country, in countries such as Indonesia, Saudi Arabia and Brunei. During his tenure in South-East Asia, he was first introduced to video gaming through the son of another teacher where his parents worked. He asked whether if Gareth had played Counter-Strike and convinced him to play a LAN cafe. Playing Counter-Strike - like the gateway drug it is - led to him playing other games such as Battlefield 1942 and of course Warcraft III custom games which was quickly followed by DotA on Garena and other private servers.[2]

Arriving back in England, Gareth went back to finish schooling and watched the first International. The marquee event inspired in Gareth some confidence towards becoming a caster. Seizing every opportunity to become one, he participated in every UK Dota 2 tournament possible such as the DotaTalkTV LAN event, epicLAN, Insomnia Gaming Festival and UK ESL Dota 2 matches, gaining experience and growth as a caster. Expressing his intent to continue casting despite working in an admin and logistics job in a warehouse that sold curtains, he was later offered a job at the JoinDOTA studios and has recently participated in a number of premier events such as Dota Pit League Season 4 and EPICENTER.[2]

A few months after the first International he decided he wanted to cast Dota 2 matches and started to find VODs and search for forums such as GosuGamers. He started to watch GoDz, TobiWan and other casters to further gain experience and knowledge as a caster. While watching casters, he became proactive and decided to search around the Dota 2 community for practical experience as a caster and later was offered a chance to co-cast with a GosuGamers caster named "GGcharms". His first ever cast on a stream with decent viewership numbers was the ATOD Reverse Captains Draft tournament and in one game, the co-casters were originally TobiWan and Slesh but due to one of the teams had to use the TobiWan as a stand-in player and Slesh asked Gareth to come and co-cast with him.[2] While initially not casting alone, he started to participate UK Dota 2 tournaments through networking. Gareth's first UK Dota 2 mini LAN event was at the DotaTalk TV LAN hosted at the Gamerbase in the Trocadero Centre, London where he cast in a back room. Gaining experience and popularity within the UK scene. The biggest gaming event in UK, Insomnia Gaming Festival picked up Dota 2 as a tournament game shortly after and invited Gareth and PyrionFlax to cast the matches. With the likes of TobiWan and Capitalist seeing his potential, he was invited to the IeSF 2014 World Championship in Baku Azerbaijan for a trial to become a caster at the JoinDOTA studios in Berlin, Germany.

After showing positive reception at the event, he was later successful in his trial and on January 13th, 2015 he was accepted as a full-time caster for JoinDOTA.[3] The offer and leaving a stable job was a scary prospect for Gareth as he was working in logistics and was suddenly making a move into full-time casting. Appearing on the JoinDOTA streams he cast The Defense Season 5 and moving into 2016 he was invited to cast at Dota Pit Season 4 and EPICENTER.