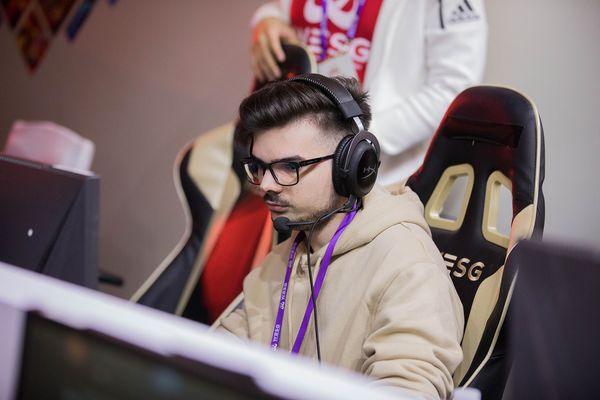 Born in Australia but with a Portuguese background, Godot started DotA 1 when the hero, Mirana was released. After showing signs of promise, he later played in domestic tournaments and eventually joined Natural 9. His individual and Natural 9's collective performance during their early stages of Natural 9 saw potential after winning the BenQ The Clash 2 and subsequently Belgian-based gaming Organisation, Absolute Legends invited them to their organisation.

Under Absolute Legends, Godot played in numerous tournaments during the 2012 calendar year such as The Premier League, Dota 2 Replays Bowl, StarLadder Series Pro Season 1 and marquee tournaments such as DreamHack 2012 Summer and The International 2012. However at the The International 2012 their collective performances saw an early exit from a defeat by Darer Gaming in the first rounds of the lower bracket, thus eliminating the Australian team from the competition. Following the tournament, Absolute Legends parted ways with the team and the Natural 9 team name was used again. However the 2012-13 summer period for them saw a split in the team and Natural 9 later disbanded in early 2013, with Godot taking a prolonged hiatus from Dota 2.[1] Godot cited that there were internal problems leading into The International 2012, where the issues continued during and after the tournament, which saw the series of events following their exit.[2]

After a prolonged break, he played in domestic tournaments and in April 2014, he and ex-Natural 9/Absolute Legends later were picked up by Team Immunity.[3] He later played with Can't Say Wips, the team name originating from an inside joke where one of the members, xMusiCa was unable to pronounce Wips. His main achievement with CSW was winning OK Dota 2 Cup and later played for Spac Creators and CSW again.

In 2016, Godot made a decision to move to South-East Asia to further develop as a player and played with Arcanys Gaming for a short period of time and in January 2017, he returned to Australia and formed his own team, See You Again to play in domestic and international tournaments.[4] He later moved back to South-East Asia, playing in multiple teams before joining XcN, an indonesian team with his compatriot, Splicko.[5] He later joined Kongdoo, a Korean Esports organisation for the The International 2018 SEA Open Qualifiers and in early July, moved back to Australia to form SaveBuyBackPLZ.