After serving through a lifetime of wars, upheaval, riots, and revolutions, the brass figured Aurel had seen enough. But in addition to a few trinkets and his considerable pension, the erstwhile engineer left with something far more interesting: a long-forgotten, incomplete schematic for a Gyrocopter, the world's first manned, non-magical flying device. Retiring to the tropical obscurity of the Ash Archipelago with little else but time and money, he set to work building the device.

As the years wore on and the remains of failed prototypes began to pile up, he began to wonder if mechanical flight was even possible. A decade and a day after his retirement, on a sunny afternoon with a southerly breeze, Aurel sat in his latest attempt bristling with indignation and expectant failure. With a grunt of effort he pulled the ignition cord and covered his head, waiting for the inevitable explosion. However to his great surprise he began to lift and, following a few panicked adjustments, stabilize. Within an hour, he was ducking and weaving with the breeze, level with the gulls, and Aurel found himself filled with the breathless wonder of flight.

As dusk settled in he set a course back to his workshop, but no sooner had he turned his craft when a cannonball tore through his tailfin. Disentangling himself from the wreckage, he swam toward the nearest piece of land in sight, and cursed to see the ship responsible for the cannonball collecting the debris. Days later, when Aurel returned to his workshop, he set to work on yet another gyrocopter, this one capable of carrying a much heavier, more dangerous payload.

With his arsenal of firepower at the ready, Gyrocopter soars into battle. Blasting all nearby enemies with shots from his cannon or hammering them with a barrage of rockets, if he is able to gather his full strength, he demolishes foes with ease.

QR
Targeting
No Target
Affects
Enemy Units
Damage Type
Magical
Launches a salvo of rockets at nearby enemy units in a radius around the Gyrocopter.
7/6.5/6/5.5
90
Aurel's new craft has an increased payload for rockets, enhancing their rapid-fire capabilities.
Notes

WE
Targeting
Unit Target
Affects
Enemy Units
Damage Type
Magical
Fires a homing missile to seek the targeted enemy unit. The missile gains speed over time, dealing damage and stunning when it impacts the target. Enemy units can destroy the missile before it reaches its target.
26/21/16/11
120/130/140/150
The biggest missile Aurel could possibly attach to his craft, The Bomb™ has carefully calculated aerodynamics and explosives for maximum impact.
Notes

EF
Targeting
No Target
Affects
Self
Damage Type
Physical
Gyrocopter's attacks hit all enemy units in an area around it for a limited number of attacks. Only the main target of attacks will receive attack bonuses such as Critical Strike.
20
18/16/14/12
25
50/60/70/80
This newly revamped Gyrocopter has attached enough armaments to assault in a 360 degree radius.
Notes 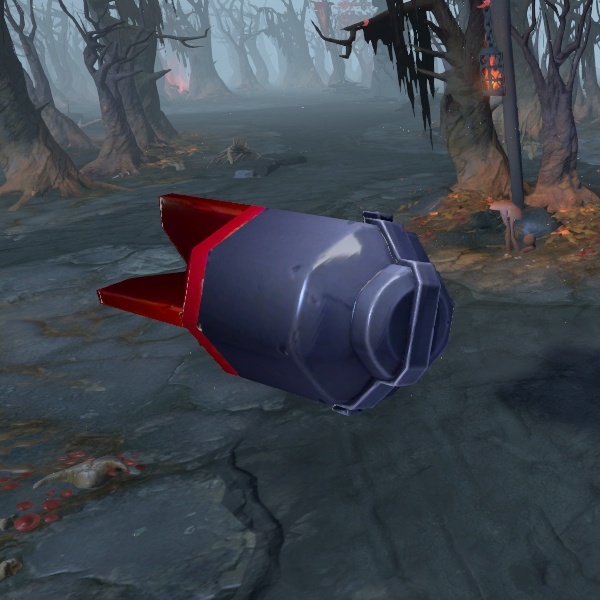